REF NR: 7493
In 1962, June 24 in the airspace of the present Republic of Moldova was the very first flight of a passenger aircraft. It was carried out by the Romanian airline SNNA. In 1930s another Romanian airline LARES had flights Galati-Chisinau.

Nevertheless, the real local civil aviation only took hold 20 years later. In 1944, September 1st RNA of the USSR decided to develop Moldavian civil aviation for the population needs. The resolution was adopted just a week after the liberation of the right bank of Moldova from Nazi occupation. Such haste was explained by the fact that terrestrial communications were mostly destroyed thus not suitable for use. Efficient management of the republic could only be arranged with the help of aviation. 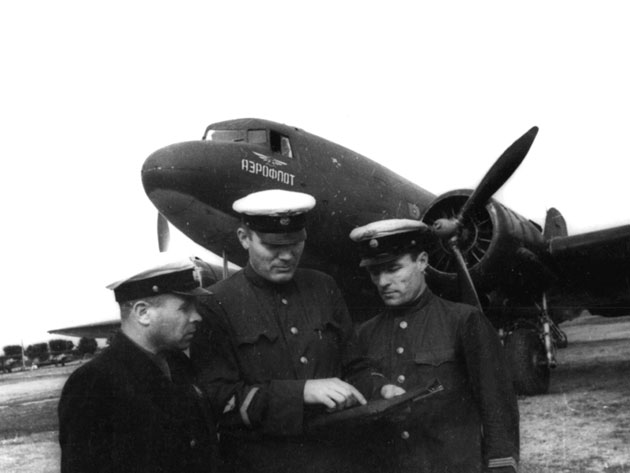 Moldovan Special Squadron (MSS) was established in accordance with the Decision of the CPC, a former subordinate to the Ukrainian CAA. Ivan Kovalev became the first commander of the squadron. F. Astahov (Head of Research CAF) has ordered a new unit to provide 2 aircrafts Li-2 and fifteen Po-2. machines

Under the command of A. Postupaeva on September 19th the first part of Po-2 arrived to Chisinau, since 1994 this date is now considered to be the birth of civil aviation in Moldova.

In 1944 civil airport of Chisinau was housed on the site of the present Riscani sector, there still is a street called (rom.Strada Aerodromului) Aerodrome. Even the airport building, which is located near the Palace of Trade Unions on Kyiv Street, is still available to see today. The runway of the airport ran along on the part of the present Kyiv Street.

In September of the same year cargo and passenger flights from the airfield stated within the Republic of Moldova. There were flights in the following cities: Orhei, Balti, Tiraspol, Leovo, Lipkany, Magpies. Since 1945, Li-2 aircraft began to make regular flights every two days to Moscow, with a stopover in Kiev. Also planes began to fly to the cities of Ukraine. Flights were made to cities such as: Kirovohrad, Cherkasy, Chernivtsi and Nikolaev. The flow of passengers in the first year of the Moldavian aviation was only around 750 people.
Since 1947, there were organised regular local flights within the Republic of Moldova, as well as to the city of Odessa.

Since 1952 the air fleet began to be update and the Po-2’s were replaced by first aircraft An-2.
1951 is significant as several new airlines that had put together Chisinau with southern cities of the Soviet Union as Sochi, Simferopol, Krasnodar, Mineral Waters were launched. In 1954 flights to Lvov, Kharkov and Leningrad were launched as well.

In 1957 there were delivered helicopters Ka-18, Ka-15 and Mi-1to Chisinau. In addition there were sent 5 IL-14’s, which increased the volume of traffic in 1958 by 50% (and a total 17,000 passengers). With 6 new main lines being opened, flights from Chisinau to twenty cities of the Soviet Union were organised at the beginning of the 1960s. 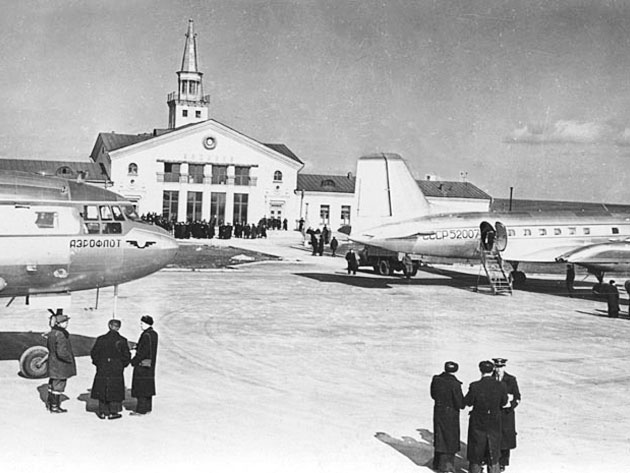 A new terminal building was built in 1974. Specialists of the organisation "Lenaeroproekt" created the project. From operational start date when the airport was first put into operation the airport capacity has increased considerably, having up to 400 passengers per hour, and latterly it had reached 700. By the middle of the 70’s regular flights to 21 Moldovan cities and 40 other cities of the Union were in play. By 1976 passenger volume was made up of approximately 800,000 passengers. 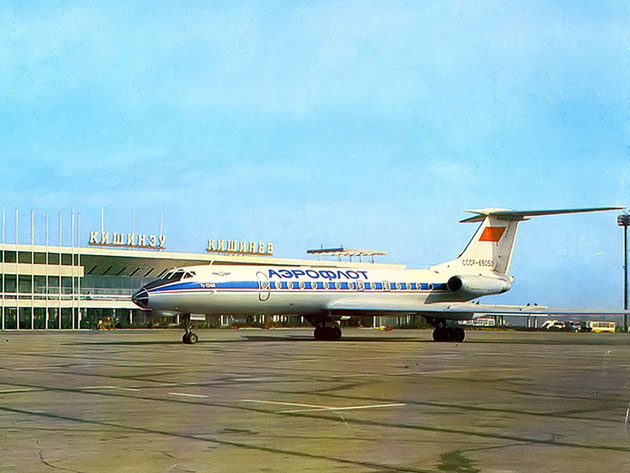 Only flights within Moldova connected air traffic with over 20 settlements (Kamenka , Balti, Cahul , Ceadar -Lunga , etc.). At Chisinau airport there were based some 9 Тu-154B helicopters. In 1988, from March there were launched regular flights Chisinau - Moscow performed by aircraft Tu- 154.

By 2000 the reconstruction works had culminated in the Chisinau International Airport, which were achieved on loans by the Moldovan government from the EBRD. In all 12 million dollars were spent on it. The work was performed by a construction companies from Turkey. To repay the loan, namely, $ 9 million, the airport administration has introduced a target fee that made from a tax of $10 per passenger.

At Chisinau airport for the full 2007 year charter and scheduled flights of 15 airlines has transported more than 689,000 people to 27 cities of 18 countries. For the full 2009 year the number of passengers passing through the airport has increased to 808,000, moreover there was transported 800 tons of cargo.

From 2008 to 2010 and three years in a row Chisinau Airport has been named as the best among airports of the CIS. 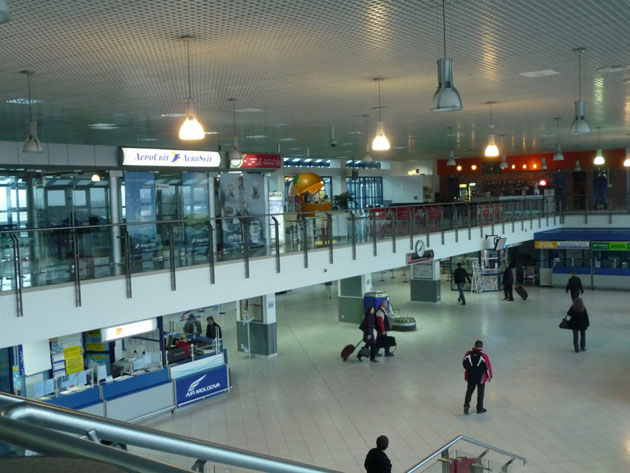 The capacity of the airport is rarely used 100%, but it is able to serve 425 passengers per hour. Daily Chisinau airport runs 15-17 flights on an average. There are 17 airlines operating in the airport. They fly to 23 cities of Europa, Asia and the Middle East.

One of the longest runways in Eastern Europe is still Chisinau airport runway, being built during the Soviet times. 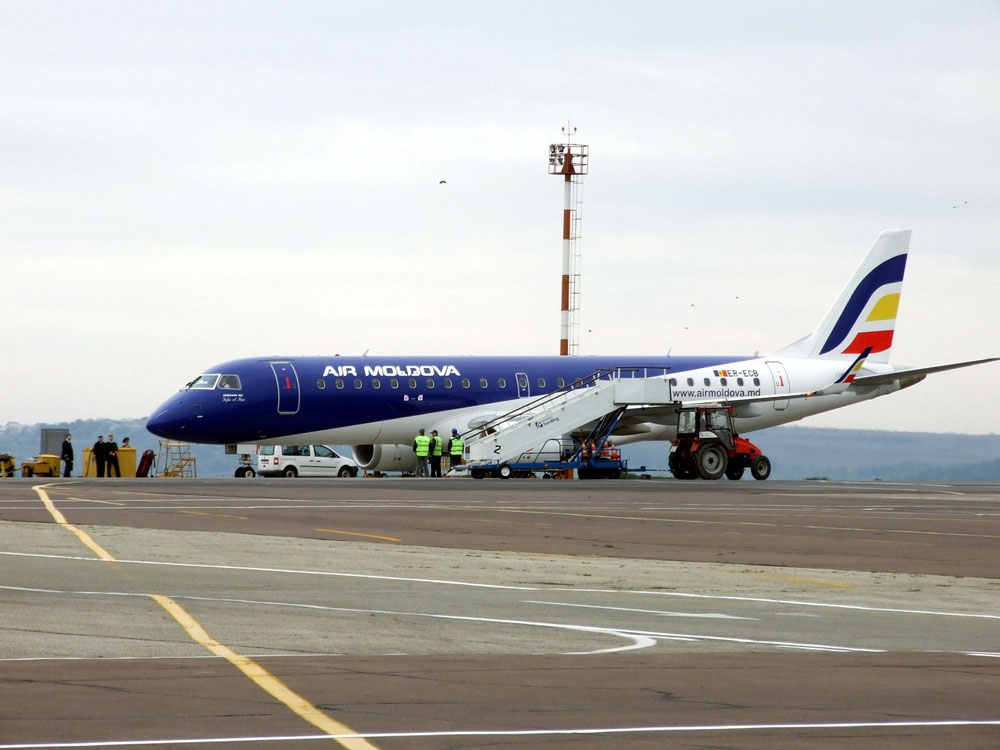