Many sources say about the existence of the legendary earthworks, performing defensive role in ancient times. These earth-deposits have survived to this day; defensive earth mounds stretch through many European states such as France, Spain and similar even more strategic well preserved example is that of Hadrian’s in the North of England. 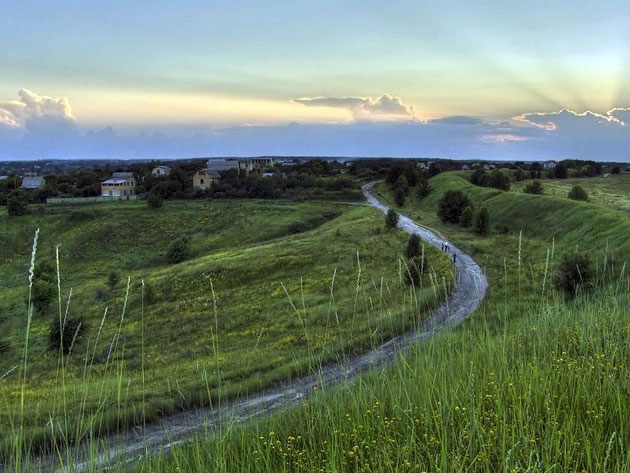 Many stubbornly believe that Troyan walls are the remnants of defensive earthworks with a possible wooden palisade, which may indicate the presence of the Romans on the territory of Moldova. Their origin is connected with the name of the Roman emperor Trajan. However, as we know, they were also called Bessarabian in Bessarabia. These man-made mounds have official names: Upper (or Northern) and Lower (or Southern) and their length is strictly defined. The Upper stretches from the Prut to the Dniester and has a length of 138 km, and the Lower - 124 km, 83 of which are in the Odessa region.

If in the literal and figurative sense we dig deeper, we will be able to answer the question if the ramparts are really Trajan. Troyan Moulds are mentioned in the most ancient existing records dating from the end of 15th and beginning of 16th centuries. In one of the ancient Moldavian documents stored in the archive is written, "down from Troyan near the Great Krinitsa ..." that was the way to define the location of the land near the river Byk. In another document, which dates from the 13th December 1503, "Trojan", a long earthen mound, appears in the description of the land by the river Sarat (now Vulcanesti district). Here the mounds act as well-known and reliable guidance in defining the specific lines.

Who after all is suspected as the author or builder of these enormous works? The first attempt to explain the origin of "Trojans" was made in the Moldovan chronicles dating back to the 17th century. The chroniclers of that time described the appearance of the earthworks associating them with the name of Marcus Ulpius Trajan, the Roman emperor who ruled from 98 to 117AD. They based their writings on common legends and traditions. They believed that those man-made mounds are evidence of "eternal memory" of the campaigns of the emperor in the eastern Dacia, conquered by the Romans in 105 - 106 years.

The earth moulds were also called "Traian paths" by the people who believed that they were possible military roads, supposedly erected by legionnaires of the emperor. In the early 18th century, the famous ruler of Moldova Dmitry Cantemir (1673 - 1723) also supported that theory in his famous work "Description of Moldova". Taking into account the high authority of Dimitrie Cantemir as an encyclopaedist, prominent scientist and writer of the time, this version of Roman origin of the moulds under Emperor Trajan became not only the embodiment of how they were viewed among the people but also in the scientific world.

Moreover Moldavian chroniclers of early times and prominent scholar D. Kantemir saw the Lower and Upper earthworks as one unit "Trojan" and therefore mapped the two mounds as an indivisible whole. Their first separate images appeared on maps only in the late 18th century.

This new vision made scientists doubt that these mounds could be constructed during the reign of Emperor Trajan.  For example, in other ancient sources it has been found that the legions of the Roman Emperor never actually appeared to have been stationed between the Prut and the Dniester. Moreover they never occupied the lower Danube, except for a small areas near the village of Orlovka ( Kartal )in the  Reni district. Furthermore this particular piece of land the Romans had already taken 50 years prior to Trajan’s reign, where they built a fortress on the "Stone Mountain", and according to archaeological studies, held it until the middle of the 3rd century AD.

Archaeological excavations related to the Lower Troyan were conducted between the years1954 - 1955. The researches clearly show that the Roman emperor had nothing to do with this construction, and as a matter of principle could not have. The point is that the embankments, which were excavated around Lake Sasyk, had a height of 2.5 - 3 meters. Those earthworks overlapped a part of the settlement that had existed here two centuries after the death of Trajan. This fact is indicated by pieces of pottery related to Chernyahov culture of 3rd and 4th centuries, found in a ditch depth of 2.5 - 3 meters, a width of 10 meters and a semi-dugout. However the main finding in this dwelling was a Roman bronze coin of the first half of the 4th century! Thus scientists began to refer the construction of the Lower mould to the second half of the 4th century.

However, thirty years later, the earth mould suddenly "rejuvenated" by another three centuries! This was due to the excavations carried out between 1986 and 1988 in the village Chervonoarmejsk, Bolgrad district of Odessa region. Under the southern edge of the 200-meter patch of land there were found five semi-dugouts burnt in ancient times with six open fires and utility pits outside. Next to the ruins of wattle and daub furnaces there were found nearly 200 shards of Slavic pots. They were of the same time period, which determined the first shards of pottery fragments and a few imported early Byzantine dishes dating from the early 6th century.

Obviously, all the homes have been identified in the way of the imminent rampart track during its construction. The destruction of the houses happened during the very process of construction of the earth moulds, as in the remains of the burnt semi-dugouts there were found traces of reed walls and ceilings. The builders must have rapidly covered the burning houses over with earth thus the dugouts could not burn completely.

These new historical researched facts are slowly becoming known, the old ones, which have lost their information accuracy, still however continue to exist among the masses. An example of this is the connection of the Trajan mounds with the name of the Emperor. The historian and researcher A. Galkin believes that the basis of the origin of the name "Trojans mounds" is the Old Moldavian word "troian", which means "snowdrift". The same can be observed in the Romanian language, where the word "troian" is connected with snowdrift, snow blockage, snow bank, and in some cases – a pile or a rampart.

It can be easily explained why the long earthen mounds are associated with snow formations. The fact is that the mounds stood out well from the back ground of the fields surrounding them. The earthworks seemed to look whitish due to the soil, which was used in the construction. The surface of the mounds was covered with the earth taken from shell-rich ditches. 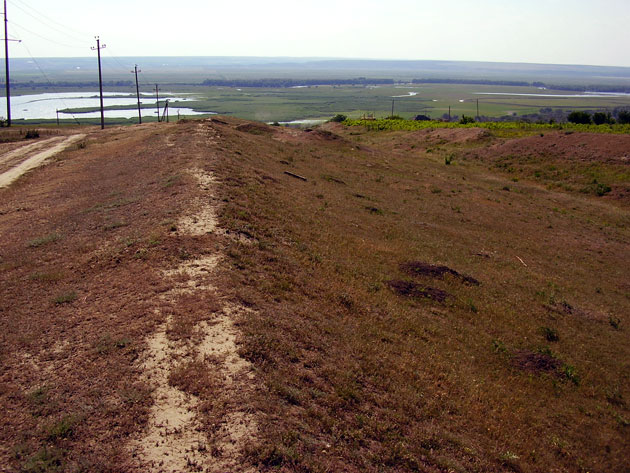