Karl Schmidt proposed the idea of construction of a new building for City Office. For the City Council building was chosen a firehouse, which today is situated on the crossroads of Blvd. Stefan cel Mare Vlaicu Parcalab Street.

Architect Mitrofan Elladi guided this work, also the famous architect Alexander Bernardazzi took part in it. In July 2001 a memorial plaque in his honour was installed on the building. The building was constructed in the period of 1898 -1901 years. The building's architecture is influenced by the Italian Gothic style and it keeps the tracks and symbols of freemasonry tendency as mysterious characters.

In times of Tsarist Russia this Civic Administrative Authority is called the City Council or the City Duma. 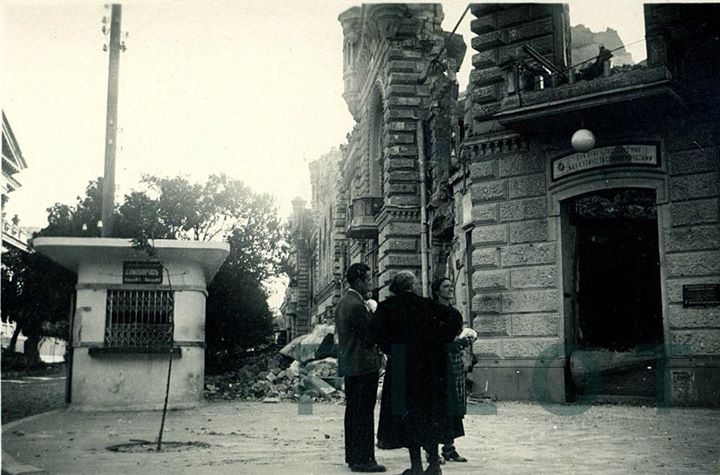 In 1941 the building was blown up due to the Soviet troops retreating from Chisinau. It was restored by the Romanian administration in 1944, but in August of the same year it was almost totally destroyed in the bombardment of the city. After World War II the building needed to restore from the very beginning due to the fact that it heavily damaged. This can be seen in the photo taken at that time.

Architect Robert Kurtz participated during the building reconstruction and its restoration. These works were carried out thanks to the pictures and partially kept plans from 1946 to 1948, but the administration employees returned into building for working only in 1951.

After the building restoration, it looked took on what looked like a primeval appearance. The only difference, but not very significant is that above the main entrance, on front side there were some small restored towers, but not of their previous size.

So far, the City Administrative Authority of the capital again is called the City Office.

City Office building is in early 20th century and today. 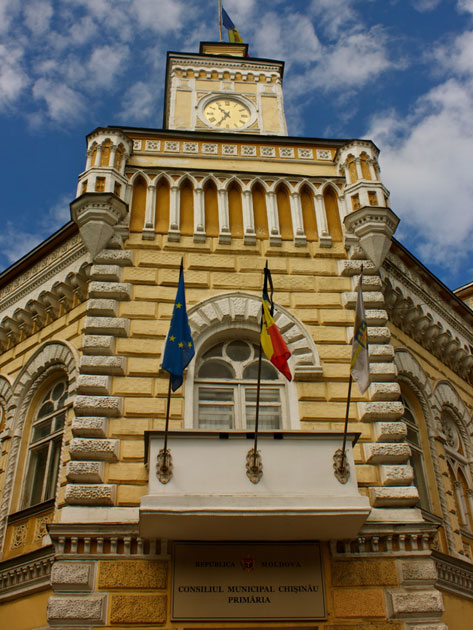