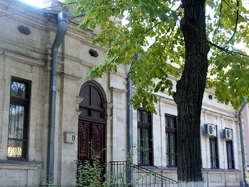 Writer and filmmaker Alexander Konunov (Kunune) for the 1912-1992 years of his life, was born and lived in this house until 1940. This one story stone building of number 151 is situated on the "31 August 1989" street. The design is quite reserved with not any real overindulgence and has a smooth facade. Pilasters at the corners and a triangular front over the entrance symbolises the ancient classics tendencies, these are the standard characteristics of buildings in Chisinau in 19th and 20th centuries when at this time Chisinau was a flourishing provincial town.

The street where the house is located, appeared on the general plan of the city in 1813, and it is one of the oldest streets in the city, it is familiar to many Chisinau residents as "Kiev". Dynamic construction on this street started in 1817, at that time in Chisinau there was severe overcrowding due to the mass movement of the Moldovan peasant landowners into the city, also officials of the Russian administration, officers and soldiers, who belonged to the headquarters division of M. Orlov. According to the researches this was are done by Lotman, who closely studied the biography of the Great Russian Poet and Politician A.S Pushkin, during that period of time, the city population merged the Greeks and Turkish refugees, volunteers from the army etc. in great amounts. The engineer Ozmidov was the main planned developer of our capital - new buildings and houses were built on the concrete straight lines. In this way a topographical drawing turned into the factual and attractive reality.

The street takes its name from the Kiev regiment, which was stationed there. This legendary Hussars regiment fought against Napoleon's troops, took part in the defence of Sevastopol, fought with the Turkish army in the 1877-1878 years, and renowned at Plevna. Soon, this street inhabited by the city grand people. The first houses were not so stylish, not so fashionable and very chic as well as being built in non qualitative way, and therefore they are not kept to the present day. Capital construction started only in the second half of the 19th century. 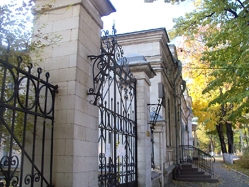 The first mention of the house numbered 151 dated to 1888. The first, but not good construction belonged to a wife of a Turkish citizen - Vera Kotnadi, in 1890 this building passed to the wife of provincial secretary - Mary Chekhovich, she, who demolished the house, and in its place built a new, modern in eclectic style a stone house. The architect erected a harmonious structure with elements of neo-classical; the facade asymmetry is balanced with the whole integral composition. Straight cornices are supported by stone consoles, performed in a simple plastic solution. Smooth frieze above the windows is in harmony with curly attic vents. In this way was the original overall appearance of the house, so it remained, still some elements have been lost once and for all. . 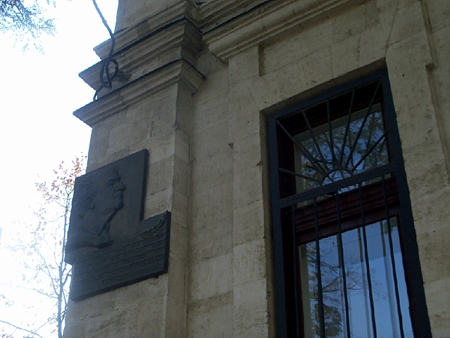 Konunov family lived in this house in 20 years - the owner of the house Konunov with his wife, their sons - Sergey and Alexander, as well as numerous servants.

This was not the only property of Konunov family - the rest of which they rented, namely two yards in Sculeni district (today it is the territory of a tractor factory), which were in use until 1965. These buildings of the former royal barracks, it was so-called stone buildings in the form of the letter “P", have been converted into one and two bedroom flats for the working class accommodation.

In one such a room lived Xenia Akulova – a mother of two children who worked in the litography work for the tobacco factory." There was no electricity, the radio was only in the house of Stoiko – a Romanian officer of junior rank, “facilities " were out, the water can be reached only from a dug well that drys up in the summer months, painted wood floors, plumbing was stretched only after the war period" - described in this way the shelter – Akulov`s daughter - Zinaida G. Chigrina. “When, in 1940, Konunov Family were repressed, a guy from our yard - Andrew, the son of a chimney uncle Anton voluntarily went with them - says Zinaida G. – Still some time before this trip he lived in the house of Konunov doing any housework. Older Konunov died in exile, but his son, Alexander returned from exile. “He returned to Chisinau, but not in his father's house.” 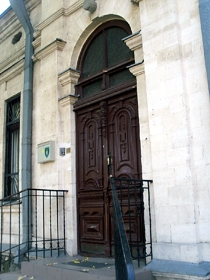 Mr. Konunov - the property-owner often visited his rented houses, in order to control the order. Zinaida still recalls the time when all kids were invited into the court for the Christmas tree in the house of Konunov on Kiev Street. At that time it looked them like a palace, and the yard – was like a park. Children were fed at the holiday table and even were given goodies.

Many years later, on the facade of this house was installed a memorial plaque which reads as follows: " In this house was born and lived until 1940, filmmaker and writer Alexander Konunov (Kunune) 1912 - 1992 ."

Returning from exile, Alexander Konunov in time became the head in Moldova-Film studio, was engaged in editing of the Soviet cinema of 60s. These films are - M. Kalika movies like "To love", "Man is going after the Sun" and many others. Soon he became famous not only in Moldova, but far beyond. In 1968 A. Konunov wrote a book about Emil Lotyanu, it is printed into two languages.

At various times, the house was used for various purposes, for a time there was the Union of Composers of the MSSR.

In 1992, the Parliament of Moldova adopted a law on the rehabilitation of victims of political repression, "according to which all property taken from former repressed, had to be returned. The family home returned to Konunov 3 years later, after the adoption of this law, but A. Konunov was no longer alive. To whom belongs this property today - no any information. 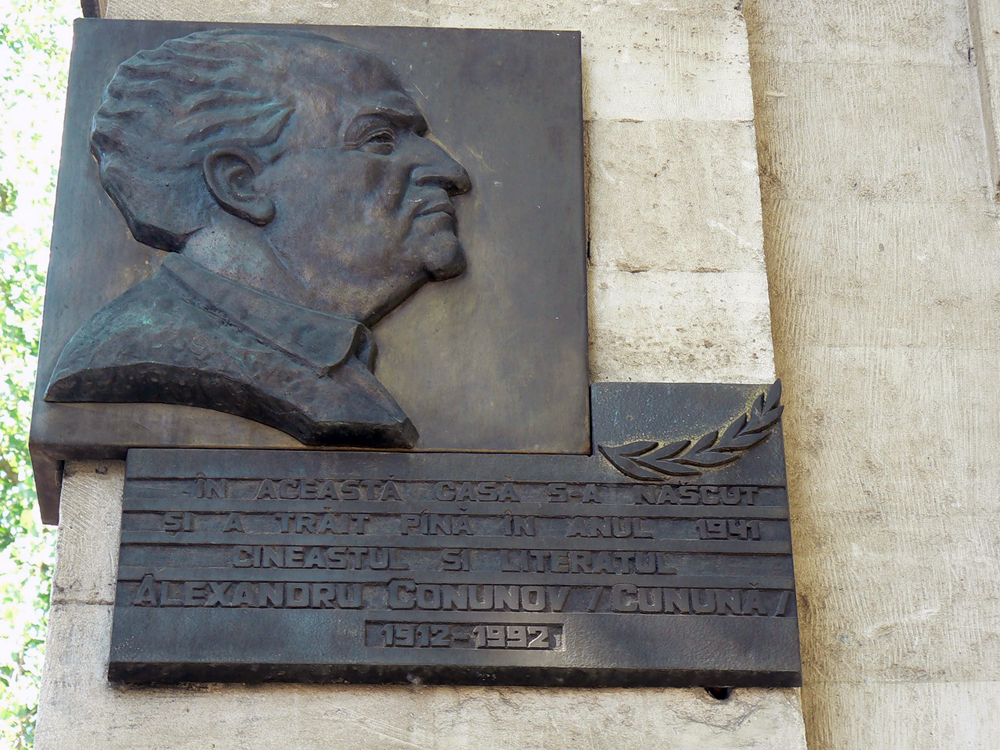