Monument to a valorous general, a hero of World War II in 1812 M.F. Orlov was established in 1975 for the 150th anniversary of the Decembrist uprising. The sculptor of the monument is Yuri Kanashin and the architect is F. Naumov.

The pedestal bears the inscription:
to Decembrist
MF Orlov.


M.F. Orlov, a bastard of Count Fyodor Grigoryevich Orlov, was born in 1788 and by decree of Catherine II on April 27, 1796 was legitimised and had the same rights of his two brothers after his father's death (without a title).
He was provided an education by the Jesuits in the boarding school of Abbe Nicolas, as it was customary at the highest Petersburg nobility. Five years later, he became a cadet and then in 1805 he entered the cavalry regiment and was quickly  promoted. At the beginning of the War in 1812, he started his military career holding the rank of Lieutenant-Captain and was appointed adjutant of Alexander I. He particularly distinguished himself in the battle of Austerlitz.

M.F. Orlov participated in major battles of the War of 1812 and was decorated with Order George 4th degree for bravery for the capture of Berea. Then he served as an adjutant of Alexander I. In 1814, it was MF Orlov who had negotiated the surrender of Paris and signed elaborated conditions.

A prominent figure in the Decembrist movement

Being one of the founders of pre-Decembrist organisation the "Society of Russian Knights", he developed a broad program of liberal reforms (constitution, abolition of serfdom, trial by jury, freedom of the press), which were combined in the English style with the power of the aristocracy and the emerging bourgeoisie. He supervised Chisinau secret town council called Union of Welfare, formed in 1818, but soon left it.

Having left the organisation, he continued his revolutionary work, leading Kishinev council of the Southern Society. He was one of the organizers of the Masonic Lodge "Ovidiu number 25." 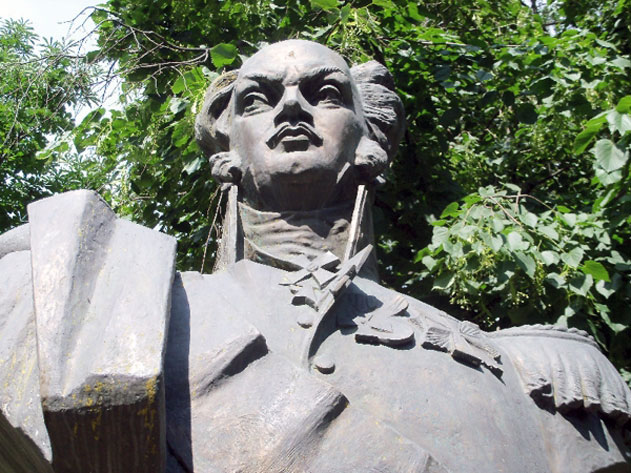