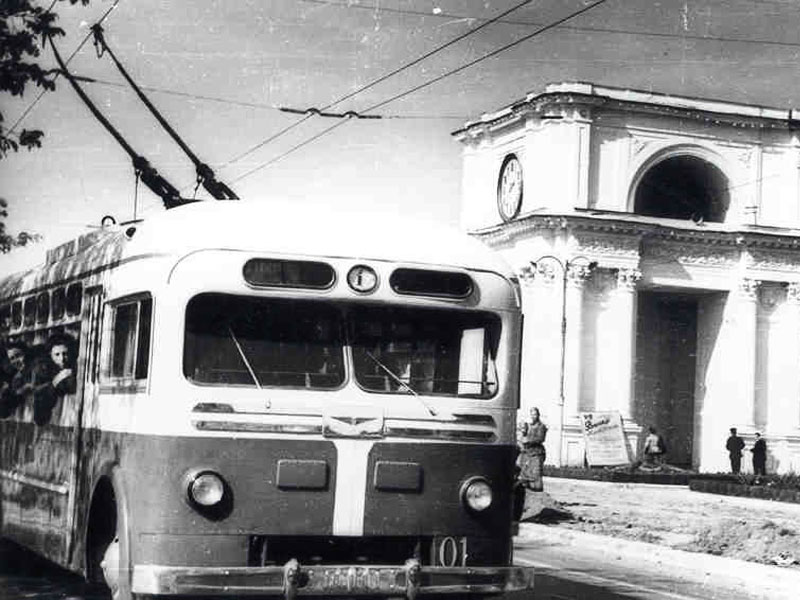 The first appeared on the line six trolleybuses of MTB-82D model type. In 1950 the quantity of trolleybuses increased to twelve and the route was extended to 8.8 km. When trolley fleet № 1 opened in 1959 there were 50 vehicles. Development of the trolleybus system was a continuous process thus in 1966 there opened Trolley fleet number 2, in which there were 74 trolleybuses. In 1986 trolley fleet number 3 was opened in Chocani.
By 2010 the trolleybus stock was considerably worn out, on top of which the techniques used  and there physical condition were unsurmountable. The following year in 2011 there was tender issued for the import of latest low-floor trolleybuses into Moldova. The actual tender for the supply of new trolleybuses in Moldova was won by the Belarusian plant "Belkommunmash". Besides the company from Belarus, three manufactories from Russia and one from Ukraine participated in the competition. By May 31, 2011 "Belkommunmash" had to supply 102 new trolleybuses worth 10 million Euro!

Loans to the tune of 5 million euros for the purchase of the first batch of trolleybuses was issued by European Investment Bank and the European Bank for Reconstruction and Development. In general, there was granted a loan of 10 million Euro for 10 years at 5 % per annum, with 2 year deferment of payment. In addition, within the framework of this project the Republic of Moldova was given a 3 million euros grant from the EU. Additional credit condition (EIB and EBRD) contained the introduction of a single electronic ticket into the public transport system of the capital to make cash flow transparently.

Having purchased the trolleybuses there were also bought in as partialy assembled as vehicles, as overall the cost of one assembled trolleybus in the capital was 135 thousand euros. This was 10 thousand euros cheaper than purchasing a fully finished trolleybus from Belarus. "Belkommunmash" trolleybuses are delivered to Chisinau 85% assembled. The price was lowered due to the fact that the remaining 15% of the assembly work was to be done in Moldova.

There had been considered several alternatives of replenishment of Chisinau trolley fleet, before the capital was done heavy buying of trolley ACSM -321. There was also an attempt to update electric rolling stock by modernising the old trolleybuses. The hull of the old trolley was disassembled; the machinery was dismantled and then a new body of the vehicle was installed, which had been purchased in advance from the manufacturer. So, the repair shops restored three of the old ZiU. Unfortunately machines improved in such a way that they can only serve another ten years. 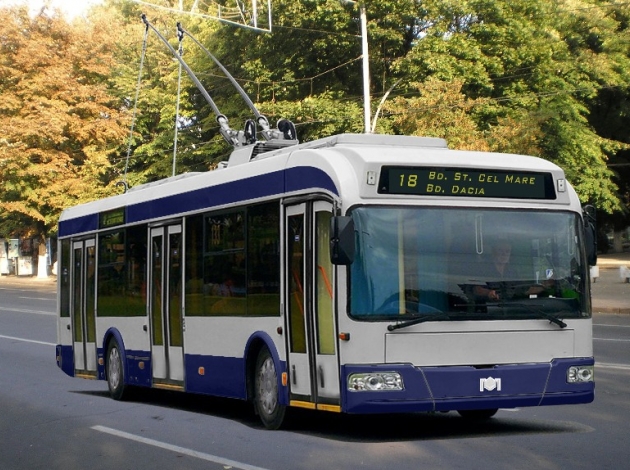