REF NR: 7259
The great Russian poet Alexander Pushkin was exiled to Moldova from the capital of Russia for three years by tsarist administration. September 21, 1820, he arrived in Chisinau and stayed at the house of General Inzov, which today is a museum. For three years he spent in Bessarabia, Pushkin spawned a huge number of poems, "Gavriliada", the first part of the famous poem "Eugene Onegin" and other great works now included in the world literature.

In Chisinau, Pushkin associated with the local cultural aristocracy - writer K. Stamati, the Donych family and other classics of Romanian literature.

In Chisinau the Pushkin House-Museum was opened on February 10th, 1948.

In the museum there are materials relating to the poet's life in Chisinau - paintings, prints, decorative art late XVIII - early XIX centuries, sculptures, as well as editions of his works written in Bessarabia.

Over 160 works of art were written by Alexander Pushkin in the period whilst staying in Moldova. Among them there are exceptional works of art like "The Prisoner", "The Black Shawl", "Prisoner of the Caucasus", "To Ovid", "The Fountain of Bakhchisarai." Also whilst In Chisinau, Pushkin began writing "Encyclopedia of Russian life" - the novel "Eugene Onegin".

In 1964, on October 8th, a branch of the museum was opened in the village of Dolna. Today the manor has the name of Boyar Zamfira Rally and in 1821 the great poet used to visit the place.

In 1999 they prepared a new exhibition for the 200th anniversary of Pushkin,that tells much about his stay in Bessarabia.

The museum preserves original materials of the XVIII century - first half of XIX century: editions of Pushkin’s literary works written in Bessarabia, exhibits of arts and crafts, sculptures, paintings, prints. 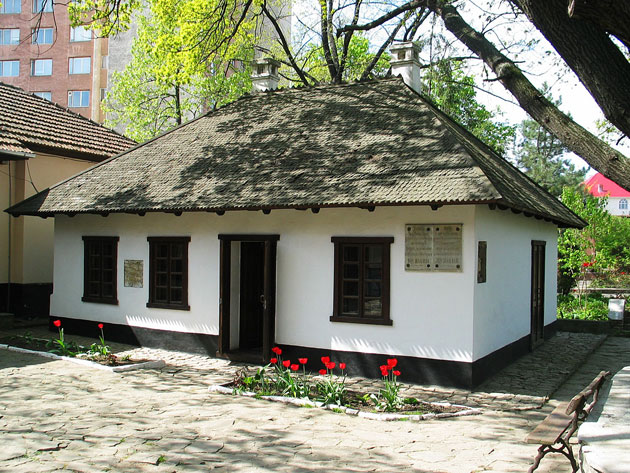