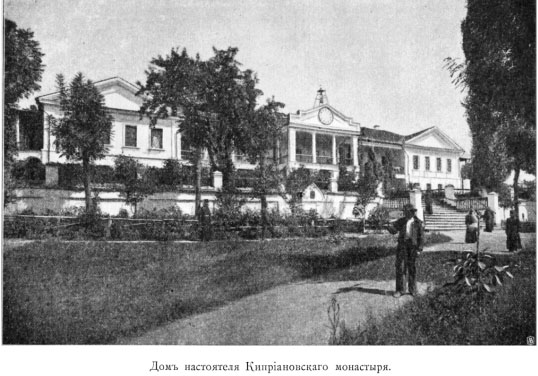 One of the oldest monasteries in the Republic of Moldova is the Orthodox Holy Assumption Monastery Capriana. It is situated in the village of Căpriana in the centre of ancient forest of Codri. The Monastery is located 30 km north-west of Chisinau.

Căpriana is a monastery located in a wonderful hollow surrounded by wooded hills on three sides. People say that 600 years ago this was where Stefan cel Mare (Stefan the Great) came for game hunting within these woods. Legend says that his men drove the young deer and when the Ruler was about to shoot it, he suddenly looked at the animal intently and the young deer seemed to bow to him. The Hunter took pity on the roe and ordered to leave her alive. A few hours late Stefan got a message alerting him to the birth of his daughter. That same night he had a vision that in the very place a great monastery was destined to rise. Its name was formed from the names of his daughter «Ana» and roe «Capra».

Folk art tells several legends of the monastery’s appearance. Some of them involve Ruler Stefan cel Mare (Stefan the Great) another being one of the first poets of Moldova named Căpriana .

The only fact that has been officially recorded runs as follows - for many years this was the residence of the Metropolitan of Moldova, who was under the patronage of local rulers. At this time this place were called "Glade Căpriana."

This monastery is considered to be the earliest building between the Prut and Dniester rivers. The first record is dated April 25, 1420. Among the founders of the monastery, was allegedly lord of Mercka from Meren – great grandfather of that same Maria who was the wife of the governor Alexander cel Bun (Alexander the Best)

Heads of the monastery were such famous personalities as Alexander cel Bun, Vasile Lupu, Olexandr Lapusneanu, Petru Rares, Stefan cel Mare. Among them there was the Abbot Cyprian himself known as a poet and author of religious texts. Besides this, there lived the Moldavian chronicler Earth Eftimy. Gospel manuscript written on parchment in the Slavonic language were a sacred object of the cloister. It was donated to the monastery by John-Peter - Moldavian ruler in the XVI century.

The first building of the monastery complex is that of the church of the Assumption of the Blessed Virgin. It is the oldest church in Moldova which has managed to remain to this day. The exact date of its construction is unknown, however it varies between 1420 and 1425 years. The fact that Petru Rares was the founder of the church can be judged by a recording made in 1545 in the Gospel he presented to the monastery. Construction was done in the days of Stefan cel Mare. Such conclusions are drawn by the presence of underground spaces and their layouts. Since then, the church has been restored many times after powerful earthquakes. Architects had to complete building walls, a large octagonal dome and the bell tower, the top of which has a pyramidal shape.

Special value to the entire monastic complex is St George's Cathedral, which was designed in the late Baroque style and the Church of St. Nicholas, erected already in the style of medieval Moldovan temples. During the communist regime in 1962 Capriana and the monastery were closed. They made a House of Culture out of the church and in one of the temples they located a hospital for children suffering tuberculosis, and in the other storage for pesticides. After this destruction during the Soviet Union the monastery finally reopened in 1989 to resumes its divine activities.

In 1993 at the monastery during archaeological excavations they unearthed an antique wooden and stone church structure believed to be there since times of Alexander cel Bun. They also discovered about 30 various graves of church wardens. It was established that one of the graves belonged to doamna Maria, who was the daughter of a famous nobleman Spanchiosa - who lived in the time of Alexander Lapusneanu. In another grave lies Boyar Dumitru Buzu Soltanesht from the village. In the third, one of the managers of the court George Costache (1767). 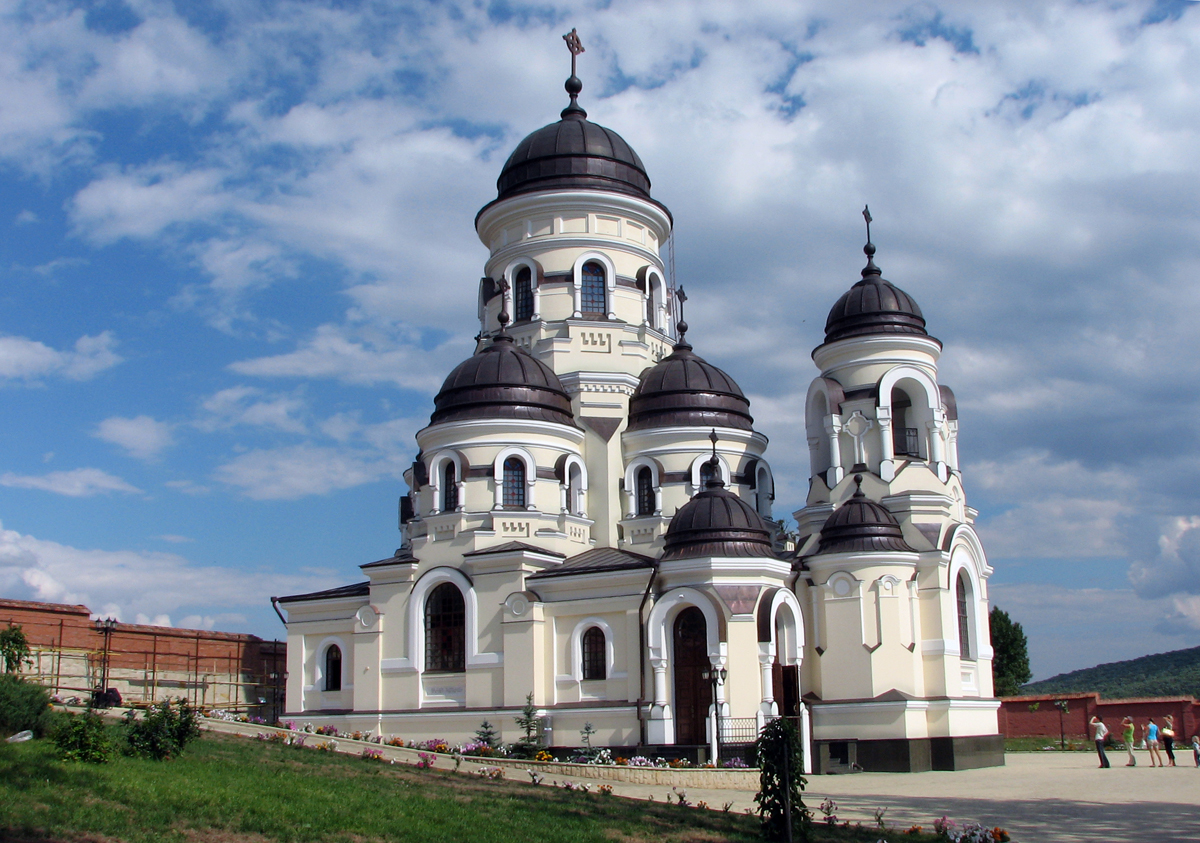 Many centuries have passed since then. Today the monastery complex has three churches: St. Nicholas, St. George and Dormition of Virgin Mary. Also there are several subsidiary constructions: artesian wells and pavilions, made in a traditional style. Today the monastery community has many novices, deacon monks, Fathers Superior, celibate priests. The walls of the old monastery still preserve many legends of the old times. The Oak tree, that is called the oak of Stefan cel Mare, still stands in the beautiful forests surrounding Capriana . An ancient legend says that the Great Ruler used to rest under the tree after another victory.

Today architects have built an observation area on the hill from which the entire territory of Căpriana is spread before your very eyes. The small village is surrounded by the old forest from all its sides and standing solemnly the white church looks like a swan that has spread its big and beautiful wings. 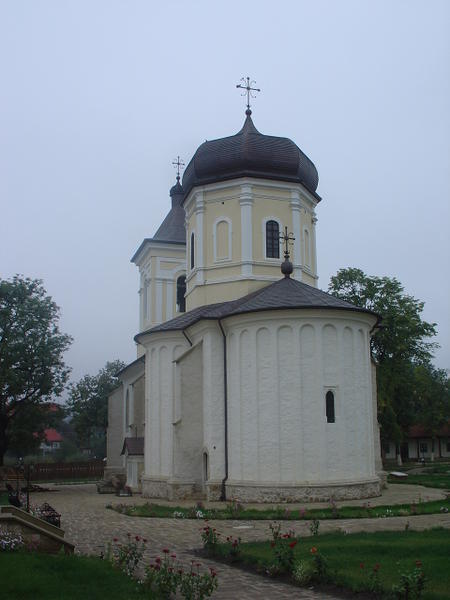