We offer both residents and guests of Moldova a multitude of tourist attractions as well as many historic, business and event happenings throughout the country, making for an interesting and truly memorable visit.

Villa and arboretum of Mindic
At 25 km from the city Drochia between the villages Mindic and Cotova, there is an ancient villa Mindic surrounded by..
dis. Drochia, c. Drocia

Church of “The Nativity of the Blessed Virgin”
mun. Chisinau, c. Chişinău, Ciocana 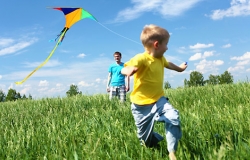