Monastery of the Holy Trinity (Saharna)

The monastery complex is situated in a picturesque valley on the right bank of the Dniester River, near the village of Saharna, 110 km north of Chisinau.

Monastery of the Holy Trinity (Saharna), founded in 1776 by monk Bartholomew who, settled in a deep gorge, built a wooden church, a few cells and enclosed the monastery with a stone wall.

But that was not everything he had done. Having found near his cloister an abandoned monastery, consisting of a small church of the Annunciation and several cells the monk Bartholomew KRIVORUCHKO corrected dilapidated cells, filled them with the monks, and the church started again to celebrate divine service.

Soon after the monastery complex had been settled down in life the landowner of Saharna village Ivan Hristovergy donated the church 120 acres of his land.

Now the monastery complex includes two Saharna churches.The first one was carved in the rock in ancient times, and bears the name of Our Lady of the Annunciation. 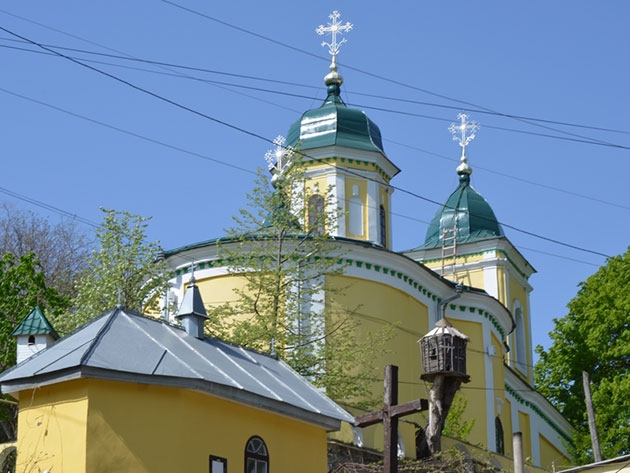 The second church was made of stone, with a bell tower, built on the site of a wooden, in 1821 by Father Superior Tarasy. Simple architecture and painting, it keeps within its walls priceless relics, large remote cypress cross decorated with silver; shroud of Christ embroidered with gold and precious stones, and the Gospel, in gilded silver, in which enamel is covered with turquoise. All these things were donated to the monastery in 1817 at the end of the Napoleonic Wars by the Don Cossacks.

Besides the churches, the monastery complex includes: a house with rectory cells; fraternal refectory with kitchen and bakery; outbuilding with cells for monks and a stone outbuilding. Located far from the monastery there are some belongings as small orchards and vineyards, and on the mountain there is a homestead for field management. On the farm there was spacious house, sheds, barns and beehives. Along the creek flowing into the gorge, there were built three stone mills.

The fate of the Assumption cave monastery of an ancient settlement, canonised to Saharna in 1842 is rather unusual. Standing at a distance and located in the coastal cliffs of the right bank of the Dniester, the monastery inspires awe and reverence in the men.

Accurate information about the foundation of the monastery hasn’t been preserved, most likely, it, like other cave temples located on the banks of the Dniester, served as a shelter for the Orthodox population from Tatars since the second half of the 13th century. 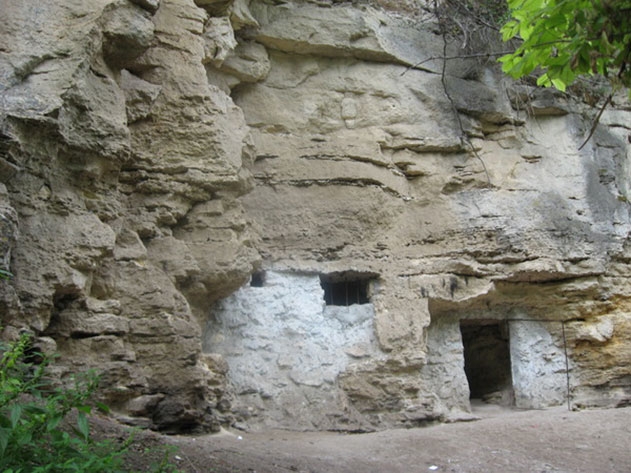 The location of Gorodishchenski monastery is rather impressive. The coastal rocky cliff shows only facial walls of the monastery, but the monastery itself the church, 15 cells and fraternal refectory are at the very center of the cliff. There's also the bell tower carved in the rock, with four small bells, weighing from 20 pounds to 6 poods. The mountain on the west side is covered with oak grove and on the north-east it gets down to the Dniester. 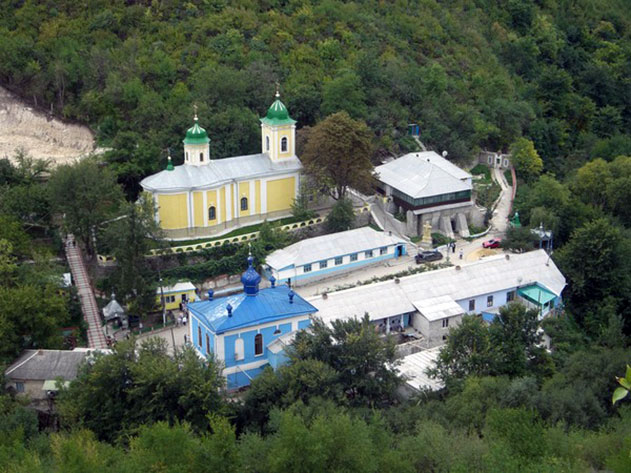 i was impressed
I really was impressed by the local nature and rocks. The monastery was a place to visit. I even wrote some wishes on paper ... hope my wishes come true...
Pros: beauty, air, nature, forest ...
Cons: can't see