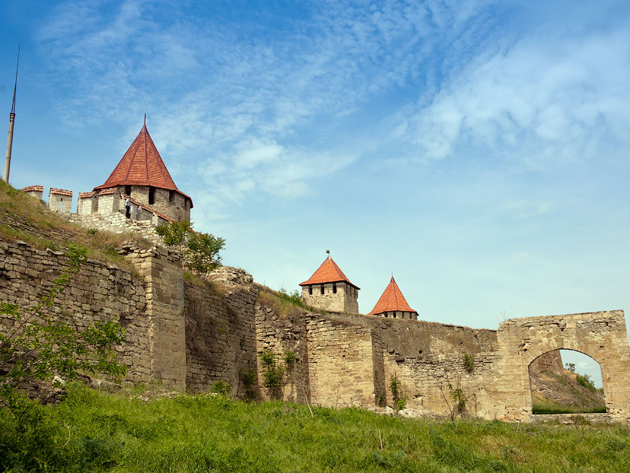 Bender Fortress (rom. Cetatea Bender (Tighína)) is an architectural monument of the XVI century. The fortress is located in the city of Bender on the right bank of the Dniester River.

The project of the fortress is the work of a Turkish architect Sinan. It was built on the model of the Western European structure of bastion type. The construction of the fortress began in 1538 after the city had become a part of the Ottoman Empire. The Fortress was surrounded by a high earthen wall and a deep moat, which has never been filled with water. The defensive construction is divided into upper, lower parts and the citadel. Its total area is about 20 hectares. The trading quarter was located in the south-west side of the fortress. 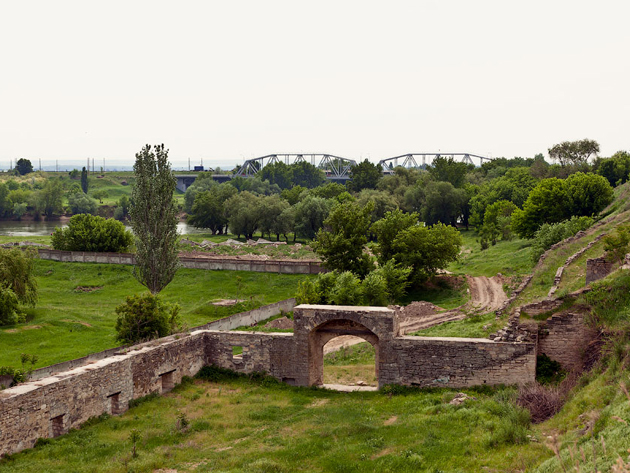 Since the city was on the high bank of the Dniester River, the fortress was at a strategic location which made it one of the strongholds during the struggles of the Ottoman Empire against Russia. That’s the reason why Bender fortress was called "strong castle on the Ottoman territories." Description of the fortress done by a Turkish traveller and writer Evliya Celebi was one of the first records that have come down to us.

A number of unsuccessful attempts to seize the fortress had been taken for many years. In winter 1540 Moldovan army under the leadership of Alexander Kornea the Ruler laid siege to the fortress of Bendery, but failed to capture it.

Much later, in 1574 after the capture of Bucharest the ruler known as Ion Voda the Fierce together with the Cossacks of hetman Ivan Svercheskogo suddenly approached Bender and laid siege to the fortress. Being caught napping the Turks had a rough time. Moldovan-Cossack army quickly took the Posad, but the walls of the fortress could resist. The ruler realized that his army was tired and in this regard he organized a camp to the north-west of the fortress on the prevailing altitude. However a new assault on the fortress could not be made as a large Turkish reinforcement had arrived from Ackermann. Ion Voda defeated the Turkish reinforcements, but the Ottoman Sultan ordered the Crimean Khan to gather an army and go to the Danube. The news of the approach of enemy troops forced Ion Voda to raise the siege of Bender. 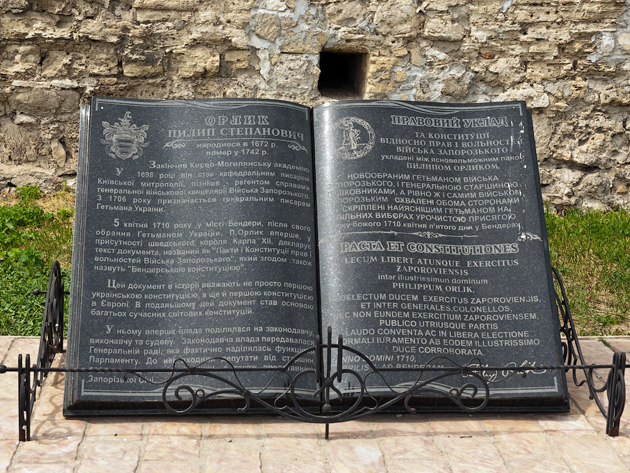 In 1584, the Turks made Peter the Lame, the Moldavian ruler, repair Bender Fortress. Ten years later, the fortress was attempted to be seized again by Cossacks, led by Hetman Gregory Loboda and Severin Nalivayko. Posad was again burned to the ground, but the fortress remained still unassailable. The Moldovan and Cossack forces were too small to capture one of the most secure Turkish fortresses. Moreover, none of the besieged forces had the appropriate artillery needed for the assault.

Picturesque place interesting history
I was amazed by the nature and ruins and more by the fortress history
Pros: :-)
Cons: :-)