Boris Glavan – was the leader of the underground anti-fascist organisation called the "Young Guard". The famous writer Alexander Fadeev dedicated his eponymous novel to this youth organisation and the brave actions of its members. In honour of Boris Glavan there are named many streets throughout the former Soviet Union. In Moldova, Balti, has one of the streets, named in his honour, and the famous architect Lazarus Dubinovsky created a bust of this hero that is installed at the Balti State University “A. Russo”. 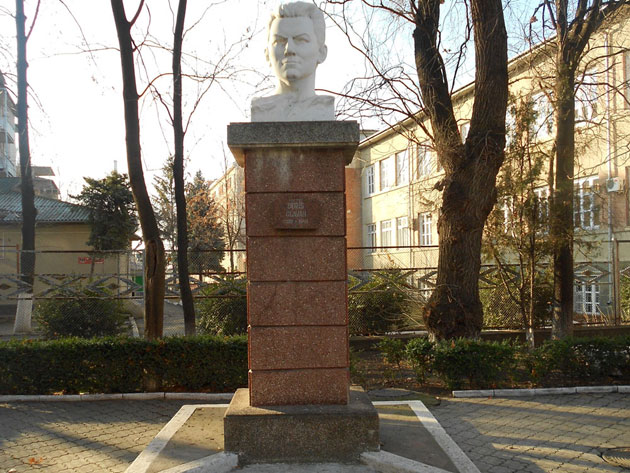 Boris Glavan was born in Bessarabia, in December 24th, 1920, in the village of Tsargrad in Soroca region. His Mother, Zinaida Trofimovna was a Russian by nationality. Glavan came from a working family and as it should be for such a family, after graduating from the village school, Boris entered a vocational school in Soroca. After the fourth year, having practice at the manufacturing production department, he entered the private mechanical shops in Balti. Here for the first time Boris faced the real hard life of the workers and was shocked to find how the difficult working conditions were, with paltry earnings and terrible poverty.

In 1937 Boris Glavan successfully completed his studies, passed his exams to the entered into the higher four year vocational school in Bucharest and was admitted to the first year. In 1940, when Bessarabia became the part of the Soviet Union, Boris Glavan decides to realise his dream of becoming a teacher. Leaving the school studies in Bucharest, he is transferred to the final course of Balti Pedagogical College.

From the first days of the war Boris Glavan was a volunteer in the destruction battalions, the task of which was to destroy the saboteurs and paratroopers. The detachment units left Balti when the  enemy troops entered the city. In August 1941 Glavan was in the army and was assigned as the interpreter / translator of the Romanian language by the headquarters of 296th Shooting Division. At the end of December, he was awarded a Senior Sergeant stripe. In the summer of 1942, taking part in defensive battles, Boris Glavan was surrounded, bursting out of the ring, he decided to sneak into Krasnodon city, where from the autumn of 1941 lived with his parents, during August the city was occupied.

In Krasnodon Glavan met Anatoly Popov and with the help of his recommendation Glavan got into the ranks of the underground organisation of the "Young Guard", which already consisted of 110 young people, mostly members of the Komsomol party.

The "Young Guard" produced and distributed leaflets, its members participated into conducting sabotages in electromechanical workshops, staged burnings in administrative buildings. The main purpose of this group was organisation of the armed riot in Krasnodon, destroying the German garrison and joining the advancing units of the Red Army. However, shortly before the planned uprising, the organisation's plans were blown, and its members were arrested.

On the 5th of January, in 1943 Boris also was arrested and after severe torture he was executed. His body was thrown into the mine shaft of number 5 in Krasnodon. When the people bodies of the "Young Guard"organisation  were raised out of the mine, they found that Boris Glavan was bounded over together with Eugene Shepelev with the barbed wire face to face, both were with no hands, faces were disfigured and bellies were ripped open.

The young man was buried in a mass grave in the central square of Krasnodon.
Posthumously Boris Glavan was awarded the 1st Class Order of the Patriotic War and the Medal of the "Partisan of the Patriotic War" of the 1st degree.
Tags: anti-fascist organisation, Boris Glavan, Lazarus Dubinovsky, Moldova monument, Obelisk, Young Guard 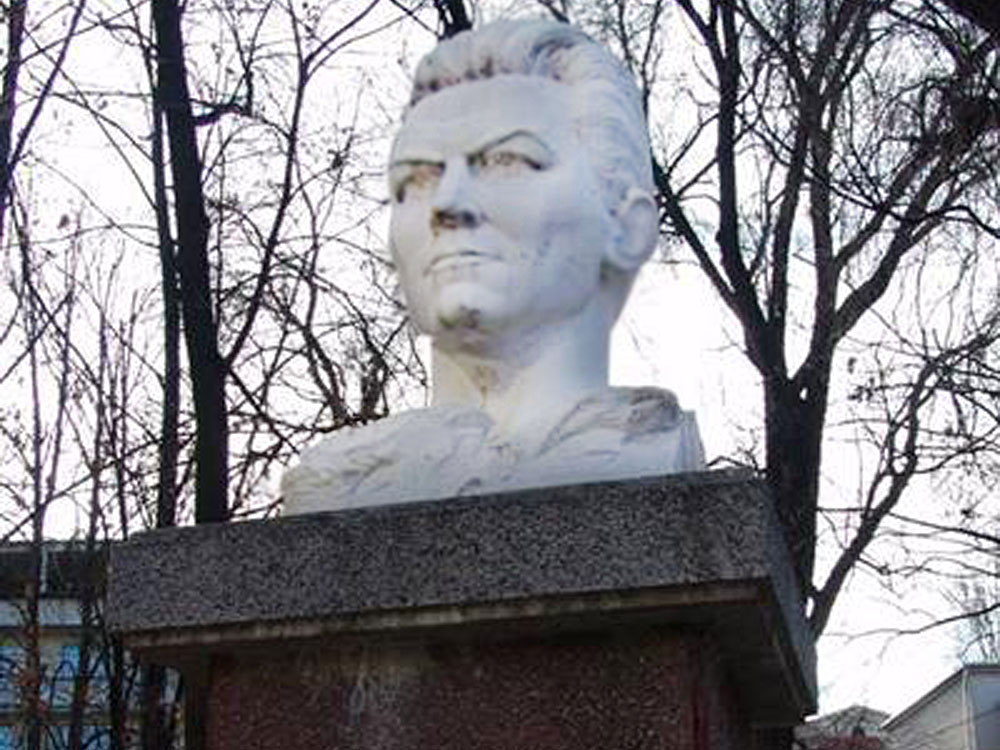