Memorial complex is called the "Sons of the motherland - the eternal memory " (in Moldovan language it sounds like “Feciorilor patriei - sfîntă amintire”). More familiar term for the citizens of Chisinau is - the park of Afghans. It is monument of grief, tribute to the dead, who gave their lives performing their international duty.

According to the project, a cascade of fountains, which represents a part of this complex, is a sign of mercy and immense gratitude to those soldiers - Afghans who died in a foreign land, not only from injury, but from thirst.

The war in Afghanistan – is a tragedy that affected Moldovan people as well. This war killed more than 15 thousand lives; it lasted from 1979 to 1989. Thus 301 of Moldovan servicemen died during this time in Afghanistan. Their names are engraved on the granite gravestones.

15th February – is the official day of commemoration of those killed in the war in Afghanistan.

The decision to erect the Memorial arose in August 2002, when the government jury approved the project of memorial complex. The competition received 15 entries – they varied in style, idea, thought, design and implementation solutions. But as a result, was chosen the concept of the creative team of the architect Vasily Eremchuk and Boris Dubrovin. 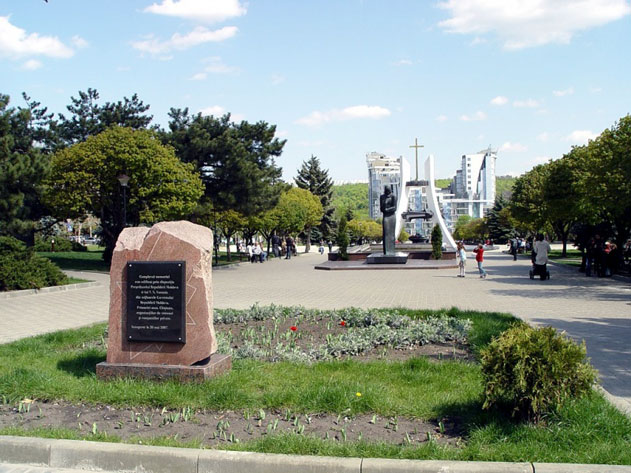