REF NR: 7408
Mihai Eminescu is the most famous representative of the national poetry, known not only for every inhabitant of Moldova, but also internationally. He was a true patriot and finely knew folklore; some verses of his masterpieces already become folk songs. He also contributed greatly to the Romanian language, enriching its vocabulary, rhythm and style.

His ideals of life came into conflict with reality; he was a representative of the late European Romanticism. Being a philosopher, he translated into the native language the works of Kant and Confucius ...

The oldest of the three monuments of Mihai Eminescu in Chisinau is a bust done by sculptor Lazari Dubinovsky. 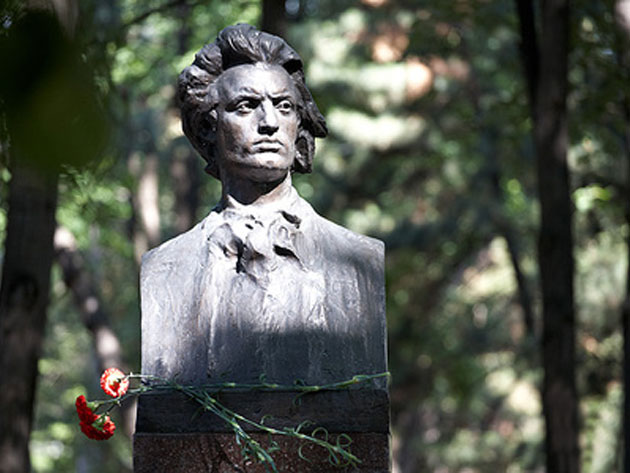 The bust was erected in 1957 in the town park. Very often people come here to lay flowers but not only Eminescu poetry fans and also official authorities. 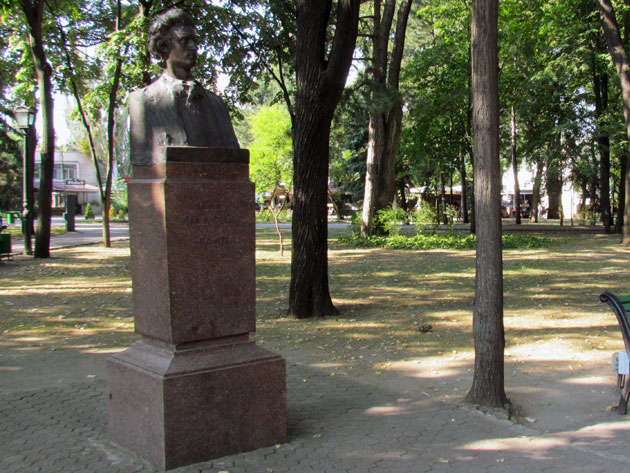