Memorial tablets in the honour of A. Bernardazzi

The great and outstanding architect who has worked for 22 years as chief architect of Chisinau, built not only rare and of majestic and beautiful buildings, but also paved the roads, built sidewalks, participated in the beautification process of our capital. Namely thanks to him, there appeared a central water supply in Chisinau.

Throughout all Bessarabia A. Bernardazzi built more than 50 buildings and in each of his creations there are traces of Italian, Byzantine, Russian and Gothic architecture styles. A distinctive symbol of his architectural art is a unique combination of shell limestone with red brick.

In the honour of Alexander Bernardazzi on the wall of the Mayor’s Office building there is a memorial plaque. It is carved architect portrait; he looks a little over 50 years. Under bas-relief there is the inscription: "The chief architect of Chisinau in 1856 - 1878 years, an honorary citizen of the city. The building was constructed in 1902 as a national monument of architecture."

On the wall of the Girls' Gymnasium Chapel IS installed another plaque in the honour of the chief architect of Chisinau. This building was constructed according to his design in 1895. 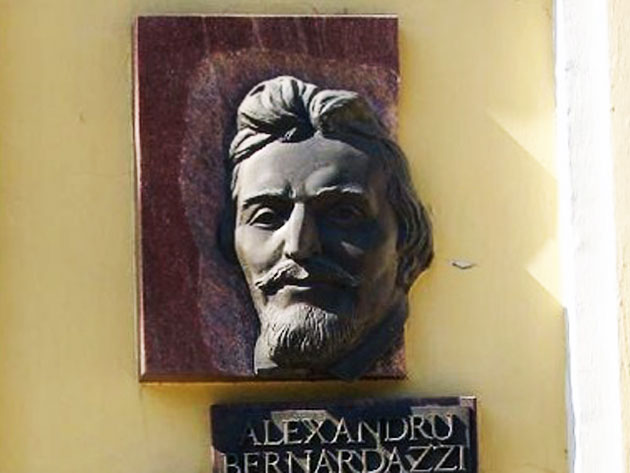