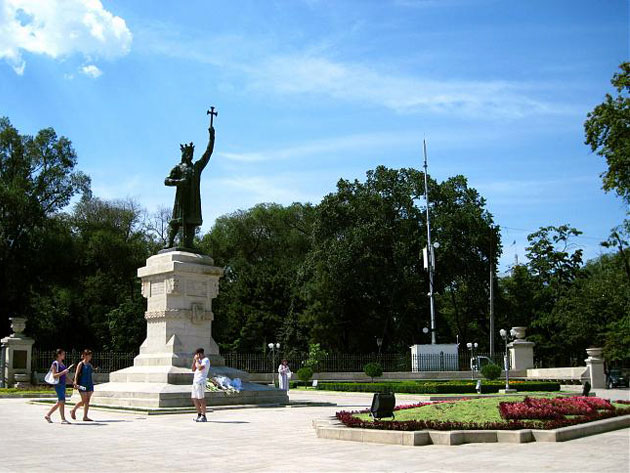 The monument to Stephen the Great - the ruler of Moldova and national hero is installed in Chisinau on the Stefan cel Mare Boulevard at the main entrance into the state park.

The Statue of Stephen III stands in splendour, dressed in rich robes and crown. Stone from the Kosoutsky quarry served as material for the pedestal.

The idea to create a design for this monument was offered to sculptor Alexander Plamediale in 1923. The basis was a miniature, dated to 1475 year, which is found by Plamediale in Humorsky monastery, this image is considered to be painted from life.

The monument was cast in Bucharest in 1927, the bronze is provided by the Romanian government, it was a trophy fire, using cannons captured from the Turks during the Russian -Turkish war of 1877-1878 years. The world - renowned architect E.A. Bernardazzi is the author of the architectural design of the monument. The official opening of the monument took place in 1928.

In 1940, one of the Romanian generals brought monument to Romania. The monument was installed in the city of Vaslui, nearby the St. John's Church, which was built by Stefan the Great. And the pedestal of Chisinau monument was blown up.

Monument returned to Chisinau in 1942, and in 1944 he was again sent to Romania, but this time in Bucharest. In 1945, the abandoned statue was found by apprentice of A. Plemedyale – the sculptor K.S. Kobizeva. Sculptor reported this discovery to Colonel Voroshilov and soon the monument was returned to Chisinau. Monument of Stefan cel Mare was one of the first monuments restored in the post-war capital. 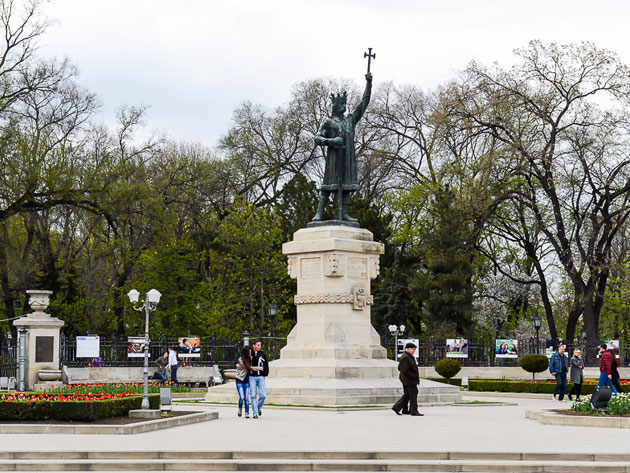