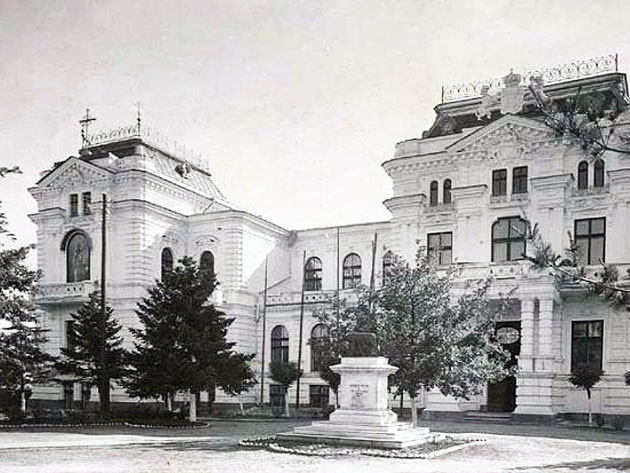 The monument to the famous she-wolf "Lupa Capitolina" that nursed Romulus and Remus, the founders of ancient Rome, reappeared in Chisinau on 1st  December 1990. This sculpture is a gift to the city from the "Cultural League for the unity of all Romanians." From 2005 to 2009, the pedestal on which stood the monument was empty; the reason for this was the taking place of some capital restoration due to some technical defects and cracks. Now the monument stands on its historical place in the courtyard of the National Museum of Archaeology and History of Moldova.
However, the first appearance of She-Wolf in Chisinau took place in the 1920s.

There are several versions telling how the monument appeared in the city.

According to the recollections of Euphrosyne Kersnovskaya, namely her manuscript "How much is a man," it results from the monument to the she-wolf in 1924 being brought into Chisinau city as a gift from the sister city of Rome by "Marshal Spoleto with all the generals."

However the free encyclopaedia claims that, in 1926 the sculpture was a gift to Chisinau from the municipality of Rome.

Anyway, the she-wolf was set on a grey granite pedestal in the courtyard of the gymnasium № 3. The monument stood in the yard up to 1940 year and then vanished into thin air.

At the end of the 1980s the Romanian writer Dorin Danila had an idea to recreate irretrievably lost monuments and return them to their rightful places. The proposal was supported by the Ministry of Culture of Moldova. A new sculpture was cast in bronze by masters of "Artists' Union of Romania" with the assistance of the Romanian Orthodox Church Patriarch Teoctist.

The model for a new sculpture served the she-wolf monument which had been donated to Romania by Italy in 1906 on the occasion of the birth of King Carol I and is located in the city park "Calea Dorobantilor" in Bucharest. However this monument is not the original, but only a copy of a copy.

The original is located in the hall “Sala della Lupa” - Palazzo dei Conservatori - in the palace of Conservatives, it is the Museum of the Capitol, which is located to the right of the Senatorial Palace. The original is life-size bronze Etruscan sculpture of 6th century BC. Its sculptor is Antonio del Pollaiuolo. According to the testimony of Titus Libya and Cicero the statue adorned one of the squares of Rome in ancient times. Some historians assert that that the wolf sculpture was found at the beginning of the 9th century AD on the western slope of the Palatine Hill.
After this it was taken to the Lateran palace, which served as the residence of the Popes from the beginning of the 4th to that of the 14th Century. Sixtus the 4th gave instructions on how to transfer the stature to the palace of Conservatives at that time and made bronze statuettes of Romulus and Remus.

During the study and restoration of sculpture, in 2006, it was found that it is made from a single piece of bronze. However neither the Etruscans nor the Romans had such a technique, and therefore could not have created the sculpture. After the radioisotope analysis it was revealed that Lupa Capitolina dates from approximately 13th century AD. 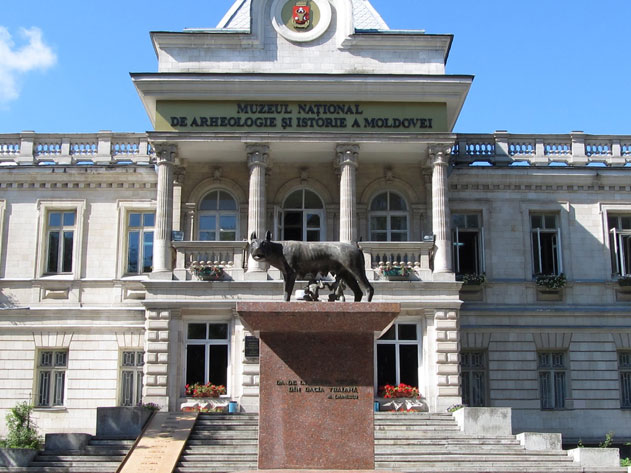 A beautiful legend of the she-wolf that had suckled Romulus and Remus is part of the schooling course of the ancient history. It says that a she-wolf, who gave birth to her cubs, found on the banks of the Tiber River two human children placed in a basket. At that time, the king's brother Numitor, a glorious hero and a descendant of the Trojan hero Aeneas, illegally seized power in the city of Alba Longa.

This cruel man killed the son of Numitora and the lovely Rhea Silvia – a daughter of the king having made her a priestess of the goddess Vesta temple thereby she was forced to make a vow of chastity for 30 years. However that does not stop her from giving birth to Romulus and Remus from the god Mars, as he was captivated by her beauty. They were exactly those wonderful two boys who the she-wolf took into her lair, warmed and fed until one shepherd took them to him. Because of the fact that a she-wolf suckled the children of war god Mars and Sylvia they became beautiful, strong and courageous. When they grew up, they returned the territory of Alba Longa to their grandfather, and laid a glorious ancient city of Rome on the place where the basket had been thrown on the banks of the Tiber River. However they did not stay to live in the city.

Apparently, this legend has inspired many cultures, since copies of the Roman She-Wolf can be found in many cities around the world. For example, in the U.S. you can see it in New York, in American Rome of Georgia, in Cincinnati of Ohio. Thanks to Mussolini in the 1920s and 30s  the 20th century three copies of the statues were established in different cities. In 2001, a personal she-wolf appeared in Tokyo. Similar she-wolves are in England, France, Brazil, Spain and Australia. Almost every Romanian city boasts of its personal she-wolf. In Moldova there is also this work of art, one is in the capital Chisinau and the other is in Edinet.
Tags: founders of Rome, legents, Lupa Capitolina, Moldova monument, National Museum of Archaeology and History of Moldova, Roman She-Wolf, Romulus and Remus, She-Wolf 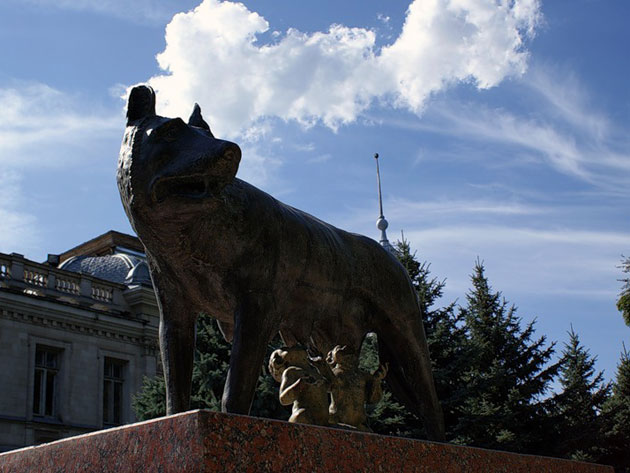