Assumption Church (1642) at the Museum Village 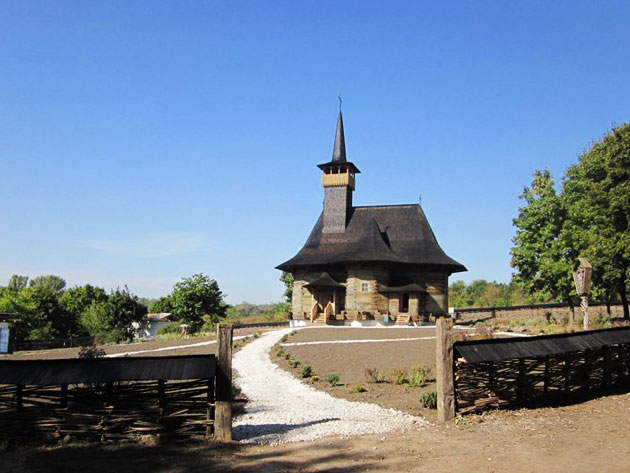 In Soviet times, Moldova is the only country in the territory from Georgia to Estonia that does not have its museums of folk architecture. If we take into account the creation of open-air museums, the Moldovan state was one of the first as Romania since the 1930s to have created several ethnographic complexes in the open air (eg, Gorece in Chernovti). And in Chisinau, since 1933 Peter Stefanauka had been engaged in a similar project. However, sadly due to his arrest in 1940, he failed to finish the work.

Coming back in 1942, the Romanians opened an exhibition of Liberation, which included a church in the village of Cornova, three houses and a mill. This exhibition was mobile, in 1943 all the buildings were dismantled in Leipzig. This exhibition complex, unlike Chernovti Museum that was burnt to the ground in the war, disappeared under mysterious circumstances. It is likely that the unassembled exhibits were bombed or were lost bit by bit.

There were made several attempts to revive Chisinau open-air museum. As a result, in 1982, architect Eugen Bizgu, being a student, developed the project. The project was so successful that in 1980 it began to be implemented. Several unassembled buildings had been already stored in the storeroom of the Museum of Ethnography. For example, there was a 24 meter mill from the village Tanatar, Causani district, which is the largest in the Southeast Europe, and the small size of the mill, which was standing in his yard. One of the mills was established here, but it burned down. Thus, the largest exhibit in the village-museum in Chisinau remains the church of the Assumption (1642), the most complex and beautiful wooden church is the only survivor of the Republic of Moldova.

The wooden church is a historical monument of the 17th century (Biserica de lemn, monument istoric, sec. XVII) - this wooden church of ancient enchanting beauty is a part of the museum-village. To date, the church operates holding worship on Saturdays and Sundays and on all church holidays as well. The church commits such rituals as officiating at a marriage, lustrating, baptising and others.

History of the church, which in 2013 celebrated 371 years, was not easy, but definitely known. This wooden church keeps Moldovan features of classic medieval architecture.

The oldest and tallest wooden church in the country

This traveller-temple was erected in 1642 by "paragon of virtue of village Hiriseni" in Gyrjavca monastery the builders used oak growing in Calarasi Codri. In 1851 the monastery was transferred to a new position, and the villagers of Hiriseni (Telenesti district) dismantled the church and moved it to the village, where it served for more than a century. And then when in 1928 there was built a new stone church, the wooden one first served as a requiem service church and then was abandoned. Some eighty years later the church was dilapidated, so much so that the roof had collapsed inside, the rain poured down on the old icons and wind swept throughout the altar.

However, 70% of the iconostasis and 75% of logs were miraculously survived. 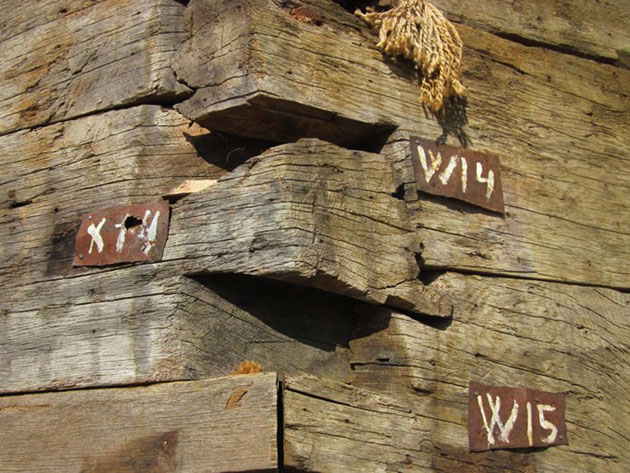 The dismantled church made one more trip in 2009. At the initiative of architect Eugen Byzgu and priest Sergei Kurnik with great effort it was moved to Chisinau (the church of the village Hiriseni as an exhibit of the Museum had been mentioned in the Decree of the President of Moldova from 1995, according to the list of E. Byzgu, but there was no financial support provided). The local people would not let the temple to move away, preferring to let it decay at the graves of their ancestors because they did not believe that it was possible to revive the church. But they got added evidence that it was right looking at the reconstruction of the wooden church in the village of Palanca, Calarasi district. There it took five years (2004 -2009) to revive the old wooden church. The villagers agreed thanks to priest Sergei Kurnik, taking in return a stone chapel that was build on the place of the wooden church in order the consecrated place of the altar not to be trampled on.

Being close to extinction Assumption church was dismantled very carefully and logged, with each bit being carefully was numbered and specially trained workers rebuilt and remounted it on the territory called “Valia Crucii” by September 2011. Decayed or missing fragments were replaced with new ones; only local materials were used for the construction. However shingle for the roof, impregnated with special oils, was brought from Cernauti. Parts of the preserved icons were restored; the relevant masters took off two later layers from the images and restored the oldest painting. While plastering the walls local river sand was used, seven-year old lime and cut hemp packing yarn. All of the old technologies were implemented, without cement and modern materials. Floors of the ancient temple are covered with Moldovan carpets, some of which are more than a century old - these carpets were brought from the village Valcinet, Calarasi district.

All funds for the restoration were collected from donations of good people. Protection is provided by the church funds as well.

Another example of ancient wooden architecture is available in the church yard – it is the crucifixion. It was brought to the cemetery where the church used to stand. 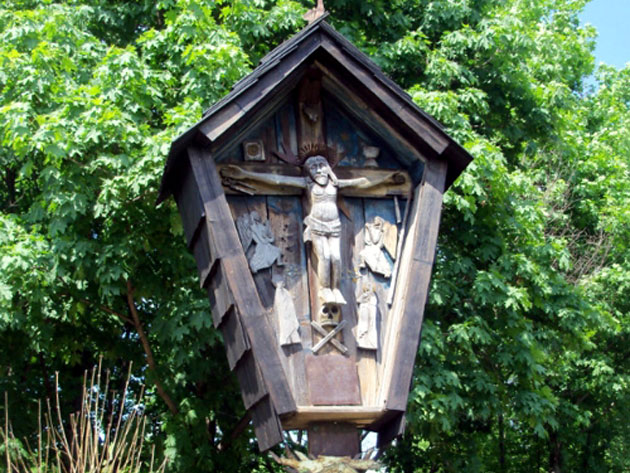 The Wooden temple itself is one-hundredth part of the future open-air museum. Under it there are allocated 172 hectares around the lakes, 165 objects are to be installed there. 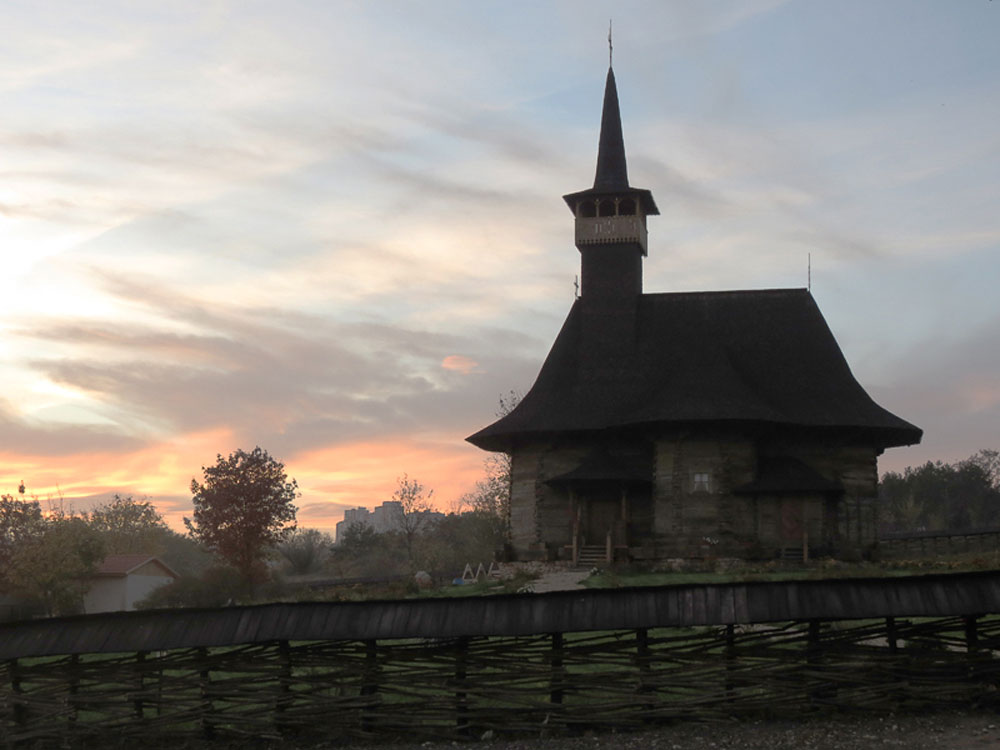