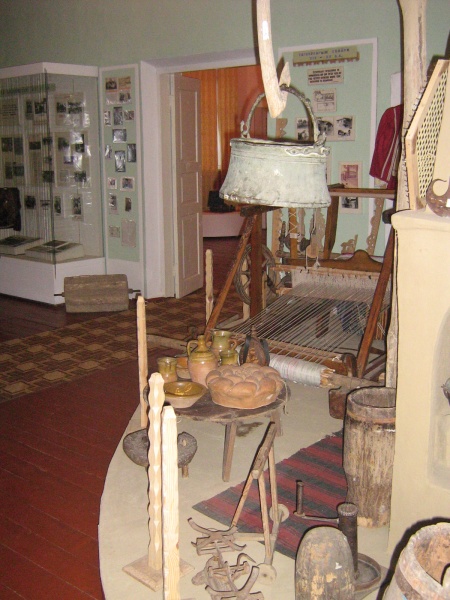 September 16, 1966 in the village Beshalma was the founding of the first museum of Gagauz nationality. On this day, a local librarian named D. Kara-Cioban got the right to place his historical and ethnographic materials in an old building of the village council. Since D. Kara-Cioban had several positions at the same museum, he was a research worker, the museum keeper, photographer, director, artist, carpenter, a cameraman and god knows what else ... First, the work was done on a voluntary basis , and only a year later kolkhoz "Pravdas " (Truth) allocated monthly salary for Kara-Cioban. With the lapse of time he achieved partial recognition and continued to collect artifacts in Budjuc villages gradually expanding the exposition. Soon  some villagers joined him to assist.

Memorable day in the history of the museum is considered to be the 1st July 1969. From this day the museum was grant-maintained and staff list included two staff members – a director and a secretary. The museum was assigned to the 4th group. There had been established contacts with more than 200 specialists in Turkic philology from different countries. There were now copies of rare scientific works, which had been kept in the institutes and academies of different countries, the museum also received research records on the history of the Gagauz folklore, ethno genesis, later there was even a personal music library created. However, the museum did not have suitable storage conditions: some of the unique pictures and things were growing damp and films were warping. Nevertheless lovers of the antique continued to attend the "Little Gagauzia". Minister of Culture of MSSR prompted the chairman of the collective farm S.G. Bogdan to construct a new building for the museum. So Beshalma museum became a branch of the regional museum in Comrat. S.G. Bogdan and DN Kara-Cioban had to persevere to approve the name of historical and ethnographic museum in the list of the state museums of the USSR.

So there were halls and a lab built , along with offices for staff and various storage areas, a cinema, which nobody would have even dreamed of a few years ago. But soon it became clear that the new premises must have a place for a new exposition, however, the cash for fulfilling this was not available. With this in mind the enthusiasts came to help: Evdokia Kapakly, Peter Terzi, Elena Curu, Maria Mutafi - they gave the museum their free time. Kara-Cioban himself travelled to distant villages, searched round attics sorting through the trash, bit by bit he sought out items of value. Many scientists who had visited Beshalma by the time called his work heroic. Alexander Chernyi, a scientist from Leningrad, gave every possible assistance, spending his vacation in Beshalma museum. He translated into Russian some works of foreign researchers. He also was assisted by M.N. Guboglo, the Miklouho Maclay Institute of Ethnography. The museum was often visited by M.V. Marunevich and S.S. Kuroglo - the workers of the Academy of Sciences of the MSSR. By the beginning of 1975 design of the new exhibition was completed. The work has been highly appreciated by the state commission and the government upgraded the rural museum as an exception. There was planned to expand the museum. The church, where it was planned to place a picture gallery, was repaired, but the times have changed, and the church resumed its worship.

The guide for Moldova for 1974 indicates that Beshalama was the only museum in the world of Gagauz nationality.

In two basements there were exhibited products of arts and crafts, in the third - an exposition of contemporary artists and the fourth reflected the Gagauz poetry.

D. Kara-Cioban established an art studio at the museum. It had three classes: composition and life and preparation. Children were eager to come to learn how to cut linocut, sculpt, draw and do pokerwork.

The law "On protection and use of historical and cultural monuments" was released in 1977. And in the country under the protection of the state there were taken 9 monuments, among them there is the museum in Beshalma village.

The museum was visited by all local lovers of antiques as well as guests from around the world - writers, statesmen, tourists and scientists, who wanted to know more about the Gagauz people. Almost every guest left enthusiastic reviews about the museum.

After D. Kara-Cioban’s retirement from the museum in 1982 it was closed under the guise of repair and changed the name from State History Museum into a museum of Beshalma village and the farm the "Truth", and that was the way how it became a branch of historical museum of Comrat.

The museum gained its independence 3 years later in 1992 that time its director was M.V. Kesya.

Since May 1988 the museum has been named after Dmitry Nikolayevich Kara-Cioban,  its founder. 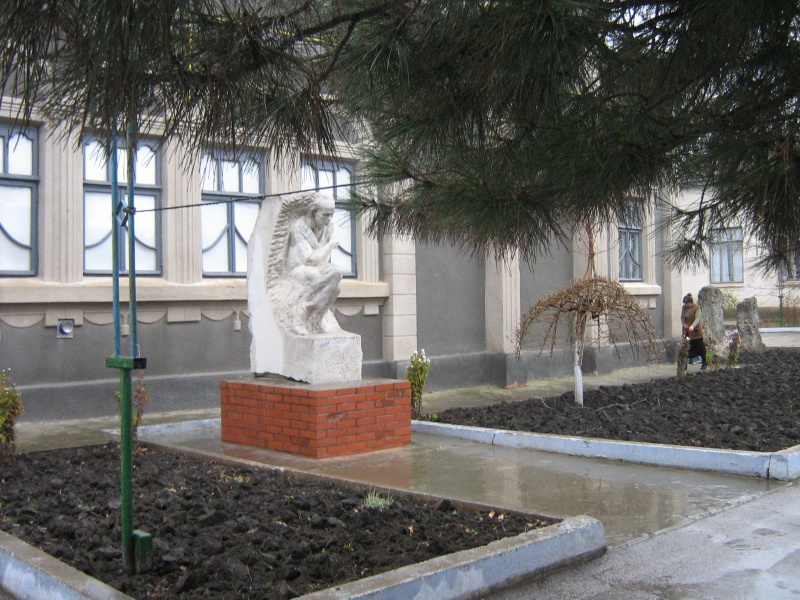 Athanasius Kara-Cioban was a director of the museum from 1992 to 1997. Together with his colleagues he has created a new exhibition. Academies of Sciences from Tatarstan, Turkmenistan, Kazakhstan and Azerbaijan responded to the request to help organize in the first exposure hall. The room shows the history of the Turkic peoples. From other republics of the museum there were sent well-designed scientific articles and books.

A.D. Kara-Cioban went on a working visit to Bulgaria in Dobrugea, and as a result of the trip, the museum funds were replenished with materials about the state of the Oghuz-Christians. This state was established on the territory of Dobrugea in 1261. There was recollected an area called "Dwelling" in the museum. Kara-Cioban created it basing on the description by M.V. Marunevich.

In 1993, UNESCO added Beshalma village to a periodic newsletter, as a unique object of the Gagauz culture.

Due to the constant stream of visitors to the museum there was no need for it to have the second formal opening.

On the 8th August 1995 by order of the First Bashkan of Gogauzia the historical and ethnographic museum in the village Beshalma was renamed National Gagauz history and ethnographic museum named after D. Kara-Cioban. This museum is directly subordinate to the Office of Culture of Gagauzia. In 2006, the museum was awarded the 2nd category by the Department of Culture of Gagauzia 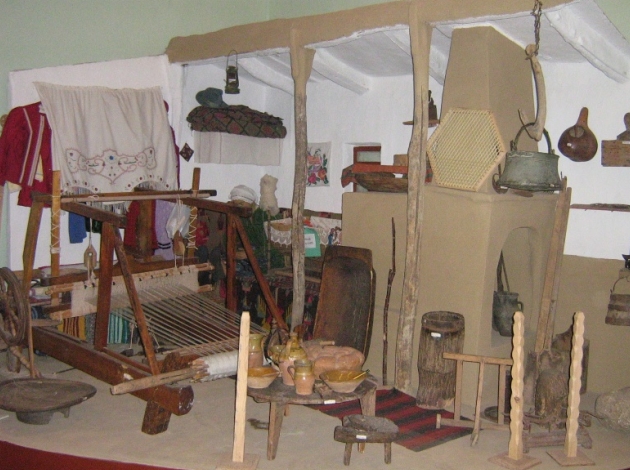