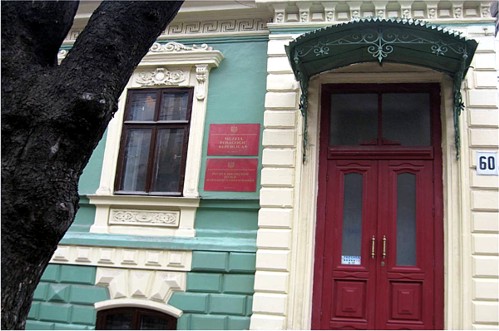 In 1974, National Pedagogical Museum of Moldova was founded in the Institute of Education Sciences, and in 1976 it became an independent unit. The museum is located in a historic building in the heart of the capital. Built in the late 19th century, the house formerly belonged to engineer Serbinov.

As an architectural monument of the city, which is one of the few surviving, it is turned to be out the most appropriate place for museum funds and exhibits. There are more than 15 000 rare exhibits stored in the museum.

The first of the five halls of the museum shows the history of education in Moldova from ancient times to 1917. Initial educational institutions were founded at monasteries: Dragomirna, Varzaresti, Căpriana, Moldovita, Putna, Bistrita, Neamt. Those times there were no textbooks so learning process was based on religious books and chronicles that had emerged during the reign of Stefan cel Mare.

In 1401 there was opened the first secular school. Moreover an indelible mark on the history of education is left by the period of dominance of Vasile Lupu. It was during his reign when there appeared a school of higher level, which was later named Academy of Vasile. In 1630 – 40’s there was build a cathedral of "Three Saints" in Iasi, which is one of the most significant monuments of medieval architecture. At the cathedral there was founded a school on the model of the Kiev board. Its first leader was Soroni Pochatsky, a former rector and a graduate of Kiev-Mohyla Collegium. He arrived in Iasi at the invitation of the king with a stock of textbooks and a group of teachers.

The first ABC book appeared in Iasi in 1755.

After the annexation of Bessarabia to Russia in 1812, the first school that appeared in Chisinau was the Theological Seminary. At this time there also opened the first printing works. Gradually primary schools are being founded: private, district, rural, parochial - one and two years of study. The development of primary education was intensive as well. In 1850, 390 schools were functioning, and by 1897 there were already 580. The number of schools increased and by the year of 1914 number of students was 114,668 people.

Teaching was in Russian, and by the year of 1865 in schools there appeared such a discipline as the Romanian language. 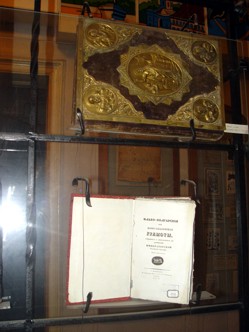 In 1833 in Chisinau there was opened the first educational institution - Regional Lyceum number 1 for boys. Nearly 40 years later, there was opened the second lyceum. Later, in 1864, there are also schools for girls - Diocesan school and a boarding house for girls. Primary education was developed, however there were only nine secondary schools in Bessarabia. During this time, there were also attempts to create national textbooks. In 182printing7 St. Petersburg published a book entitled “Gramatica Rusească şi Românească”. In 1840 appears the textbook "Inscription of the rules of Wallachia - Moldavian grammar".

In the museum you can see a collection of printed and manuscript books of 17th - 19th centuries, which are undoubtedly of great interest.

In the second hall there are exhibits of the history of the education process in Bessarabia and MFSSR from 1917 to 1940.

At that time in the history of education there were three major events: there was introduced the European system of education - elementary school (4 grades, then 7), there were high schools, universities, and Romanian language became the main language of teaching.

In 1925 there acted 1910 primary schools and 117 secondary. In those days, the secondary education was paid. For the elimination of the shortage of teachers there were organized special courses and training seminars.

Schools with teaching in Moldovan language were founded in 1924, when Moldova became a part of the USSR.

Due to the very weak vocabulary, insufficient for the publication of textbooks, local publishers have turned to the Russian language, using the Romanian ending. This mixing resulted a funny dialect. One could hardly call this script a written language. To make this educational literature clearer to students there was usually at the end of textbooks a brief of the Moldovan- Russian dictionaries. For example: învăţălnic - training , nicăfaşere - idleness , patradcă - notebook , etc.

The third room is devoted to the history of education during the war and the postwar period.
During this period, there is substantial increase of educational institutions. By 1950, in Moldova there were opened 131 secondary schools, 973 seven-year and 928 elementary schools.

Secondary education was a must everybody. Now to be secondary educated one needs to study 11 years for lower secondary - 8. Gradually the students of 11 yrs schools were taught professions.
After the war and famine, the number of orphanages increased dramatically since 1950, the number now reached 113. There were also opened some special schools for children with disabilities, thus by the year of1990 there had been 59.

The educational process had been constantly changed; publications of those times evidenced this fact. For many decades, a rich collection of encyclopedias, dictionaries, books, a variety of teaching aids had been formed.

Currently the museum fund has a unique collection of materials of different eras. 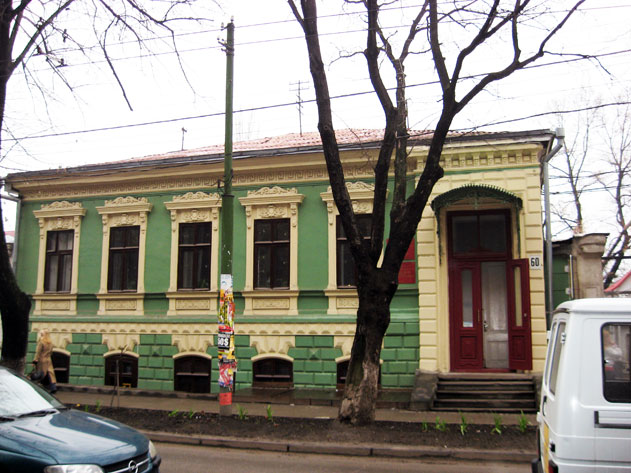