Firstly the canyon called Rudi, with a length of 5 km, including the Bulboaka River. The deep gorge forms a set of rapids and a waterfall of 10m in height. "Cave of the Dead" is under the cemetery of the village of Rud. On the left bank of the river there is the monastery Rudi, founded in the XVIII century. This Holy Trinity Church was built in 1777. 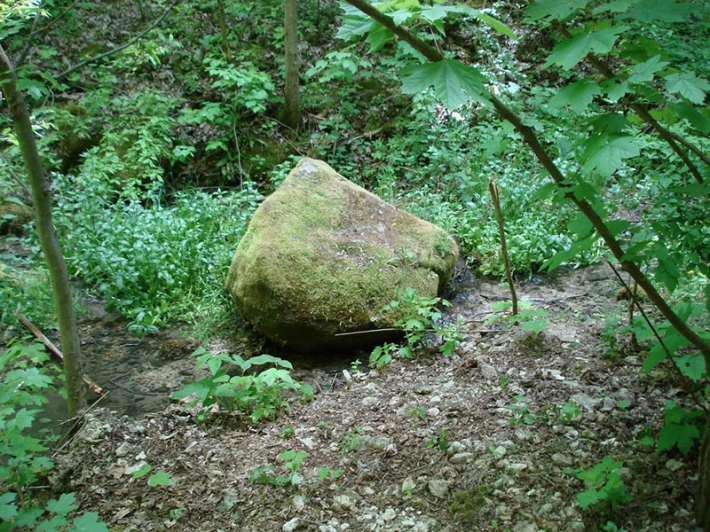 The reserve has two very deep basins of tectonic origin. They are called - "Hollow of Winds" and "Hollow of Wolves." There are other attractions such as "Dragon Rock ", "Green SPRING", "Turkish Plate", "The Three Crosses" which is a small secluded monastery. There are a lot of lonely rocks of different and even strange shapes. During winds they produce melodious and tuneful sounds. Local people call them "Harpa Eoliane" that means “Wind Harp”

In the canyon Arionesti there are many water sources and two meter waterfalls.

A canyon called Tetereuka there is a wide variety of basins and another two waterfalls. One can find there flint and limestone cliffs.
In the Rudi-Arionesti gorge there is also a large number of water sources. On the right side of the Dniester a string called "Izvorashul Verde" flows.

On the right bank of the Dniester River in the northeast of the village of Rudi there are "Three Crosses". This name comes from three stone crosses once that once stood on the site. The elongated rocky promontories with steep rugged slopes of the valley were formed by merging of the Dniester valley with the great ravine.

Today the area of the hill is covered with woods. This rocky promontory was chosen by ancient inhabitants to elevate fortress not without purpose, as the steep banks from both sides of the fortress it was almost inaccessible. The access from the field to the rocky promontory was closed with three rows of fortifications. The first outer row of the fortification consisted of rampart and ditch. The fortress was located 200 m from the edge of the rocky promontory. The inner as well as the outer row of the strengthening had shape of a bow, and the convex side directed to the field. The distance between the rows is sixty meters. The third row was on the distance of 30m and consisted of earthen rampart almost a meter in height. Embankments up to 3 meters together with earthen ditches - up to two meters have survived till today. It can be assumed that the fortress "on the trenches" (La shantsur) were founded 2300 - 2400 years ago.

It is located 4 km from the village of Rudi. To this day there are left only traces of the fortress, which represented by 4 rows of ditches and embankments which are 5 meters height and 2 meters wide. The protective outer rampart was made of limestone but the rest were earth. Outside, near the gate of the fortress there were built bastions with ramparts. The ruins of the fortress are still very impressive.

Archaeologists have determined that there were three villages existing successively in the place of the fortress. Tracks were the first inhabitants of the fortifications; they lived there in the VII-VI centuries BC that is 2600 years ago.

There are two legends about the "Izvorashul Verde."

The first legend says that long ago a blind believer with a monk has come up in the monastery Rudi. Tired and thirsty the wayfarers would love to drink a sip of cold spring water. The blind, resting under a tree, suddenly heard sounds of water, thus the monk went to the sound a few steps further and found a green meadow with crystal clear water spring. The monk helped the blind to come up to the water and gave him the opportunity to drink and rinse his face. A bit later the blind recovered his sight. The monk witnessed how the blind became sighted. 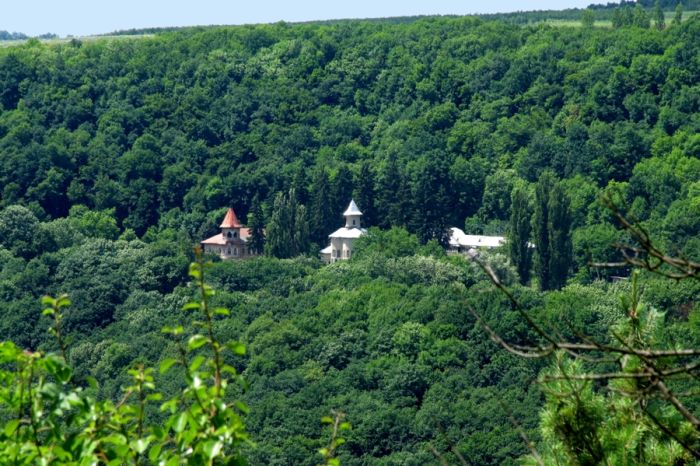