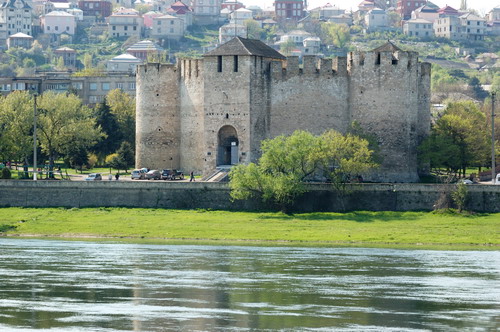 The fortress Soroca is located in the centre of Soroca city approximately 160 km north of Chisinau. The castle forms part of the old medieval chain of castle fortifications along the Dniester River running through Moldova with Khotyn to the North, Bilhorod Dnistrovsk to the South. This chain consisted of several fortresses on the Dniester River, two smaller forts – on the Danube and three in the north of the country. Thus, the borders were well protected by this "stone belt of fortresses."

The “Soroca” fortress is known by many historical events:

• During the Great Turkish War of 1667-1683 the forces of John III Sobieski  (king of Poland) successfully defended the castle against the Ottoman horde.
• In 1711 during the Prut Campaign troops of Moldovan Dimitrie Cantemir and Russian troops under the command of Peter the Great united in the fortress of Soroca to oust the Ottoman’s from Moldova.
• At various times this fortress was visited by eminent warriors: Bogdan Khmelnitsky, Timush Khmelnitsky, Alexander Suvorov, etc.

It is believed that around 1499 under Stephen the Great a small wooden fort was constructed to defend a simple but important ford or crossing point across the Dniester River.  However Nicholai Bulat, author of several books on the history of Soroca, suggests that the wooden fortress appeared a hundred years earlier. In those years wars occurred frequently. Sometimes when one war ended another immediately was beginning. Thus Soroca fortress was a required strategic "thorn" in the way of the invaders. Therefore it is logical to assume (based on indirect evidence) that the fort is at least a hundred years older.

Unlike its wooden predecessor, the founding date of the stone Soroca fortress is far better known.
Roughly between 1543 and 1546 during the reign of Moldova Petru Rares, the fortress was rebuilt literally from the ground up and even today has the same stones which were used in the initial construction. This massive stone fortress with a near perfect circle of 37.5m and five equally spaced large bastions, is a real gem to behold.

When designing the fortress builders incorporated the supreme law of harmony, being that of the "golden section", thus making this structure unique among European defensive architectural pieces.

It appears that all the other fortresses of the chain fortification were built 100 years after the construction of Soroca castle. Various different ideology fortification systems the use and style of bastions and moats within the central citadel all move to indicate this.

There are two letters of Petru Rares in Transylvanian Bystrica. In them he asks for some stone masters and castle builders to build a stone fortress. The Ruler was looking for the specialists from Moldova; however, It appears they were not any in the country who could build such castles.

The fortress was thus built by a European architect, perhaps British. If we look at European castles, we see their great resemblance to the Soroca fortress: a massive square tower over the entrance and 4-5 smaller round towers.

Even the dimensions are very similar if not identical for example the famous English Restormel Castle is 34 meters in diameter whereas Soroca Castle is 30. The height of the walls here and there is equally the same, being that of 18 meters".

All the castles were small and solid, in Britain they were known as "shells" because of the characteristic architecture and strength of the wall, during such times this style of castle architecture was common within Britain.

Every British Lord craved for his own castle, such fortifications have survived well and more than a hundred are visible even today. However in Eastern Europe the Soroca fortress is the only one of the kind and is thus unique.

Nicholas Bulat is the director of the local history museum Soroca and, concurrently, the caretaker and fortress tour guide.


Chisinau to Soroca – 2hrs by car 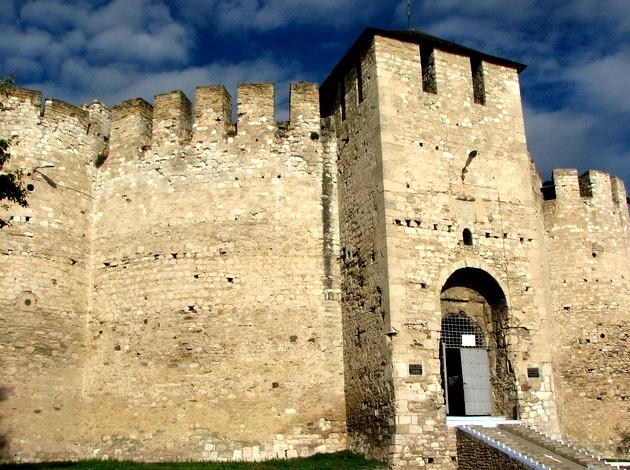 Wonderful Castle
I came across the castle by accident whilst looking at "Prospect" and thought since there was a tie in with a possible English architect of the time I should take it in whilst visiting MD. I arrived on the third day of my visit and was not disappointed, this is a marvelous castle with overbearing walls and one can easily see how it held up so well against invaders. I recommend this for any traveler to investigate along with wandering around the local town which again is steeped in history being on the borders between old Russia and the various empires that have tried to exploit Moldova and Romania over the years.
Pros: none
Cons: superb exmaple