The building is done in Neo Gothic style, has one nave, its eastern part is faceted and the west facade is decorated with lancet on the entire height and width. Corners of the building are reinforced with two-stage buttresses for stability and strength of the building. All elements, including the stone facades with carved details reflect the high level of performance of skill builders.

At present times the chapel is in a bad condition, with collapsed roofs, many interiors are completely lost, no burials. 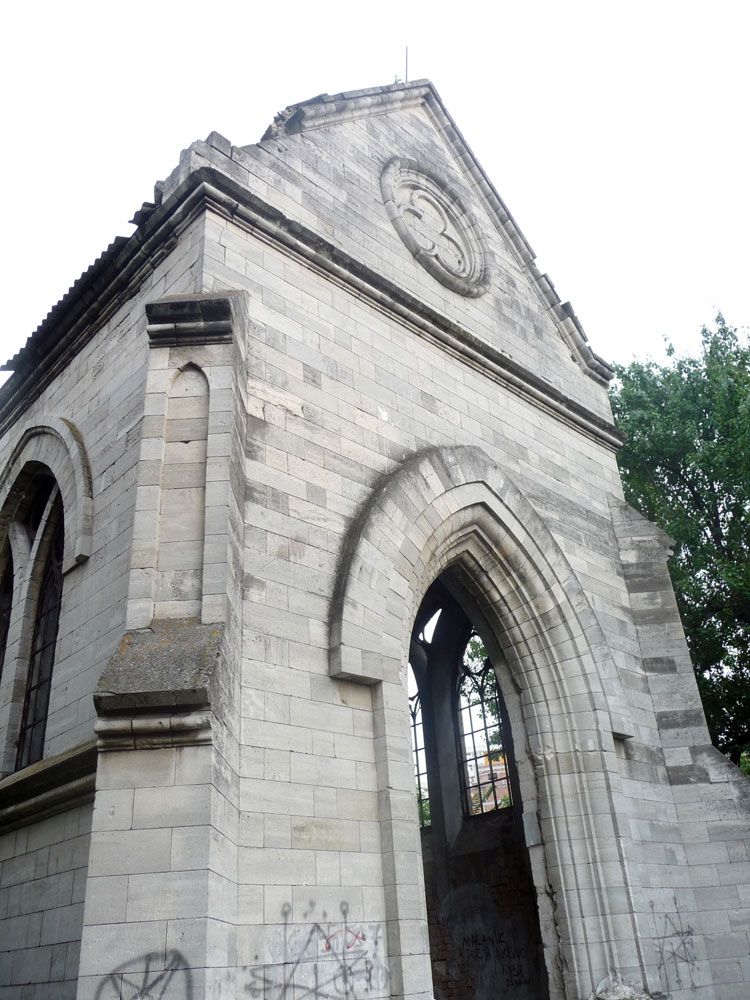