Initially, this land spot was planned for rather different goals. The building, built on the block of the some cross – streets of August 31st, Banulesku – Bodoni, Bucuresti and Pushkin was purposed for the clergy of the Cathedral. Some time later these buildings were owned by G. Hrisostratu - he was authorised by the monastic affairs, and then they moved to Purishkevich – the Archpriest of the Cathedral. When after the sale - this plot fell into the hands of Princess H. Dadiani - she decided to create there the Second Female Gymnasium. Due to the fact that the leader architect of our capital at that time was Alexander Bernardazzi, then he did the project as well as started the construction, which lasted only one year and was completed by 1900. 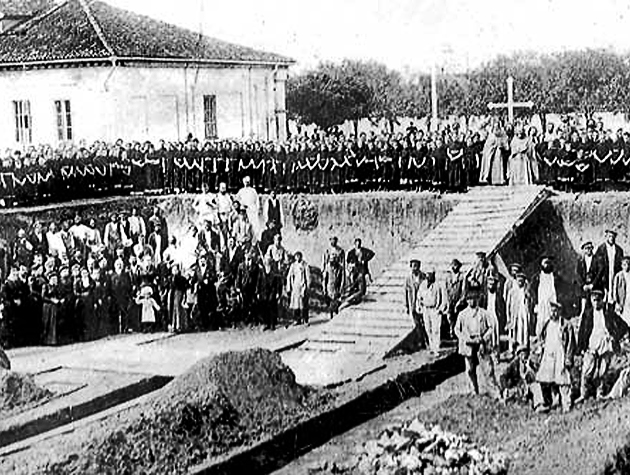 T-shaped two-story building with corridor model of rooms hosting has a central corner block from the main entrance. It is covered with tiling, which is decorated with a beautiful turret. Windows are made in the form of semi-circular, with semi-circular arches. An elegant marble staircase adorns the lobby lounge that leads to the second floor. Our local limestone is used in the ground floor walls; it is processed as a rustic boardwalk. Walls of the second floor are of a two-colour brick blends, they are perfectly matched with terracotta decorations. 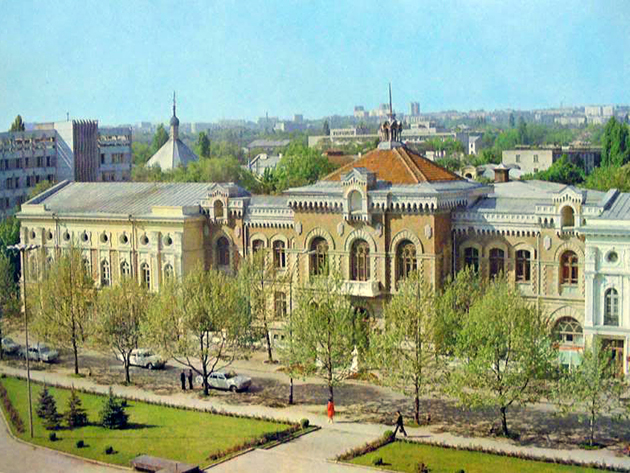 Until 1945, the building was used as an educational institution, then there from 1950-1952 located the office of the first secretary of the Communist Party (Bolsheviks) of Moldova - Leonid Brezhnev. Nowadays, this building is the National Art Museum. 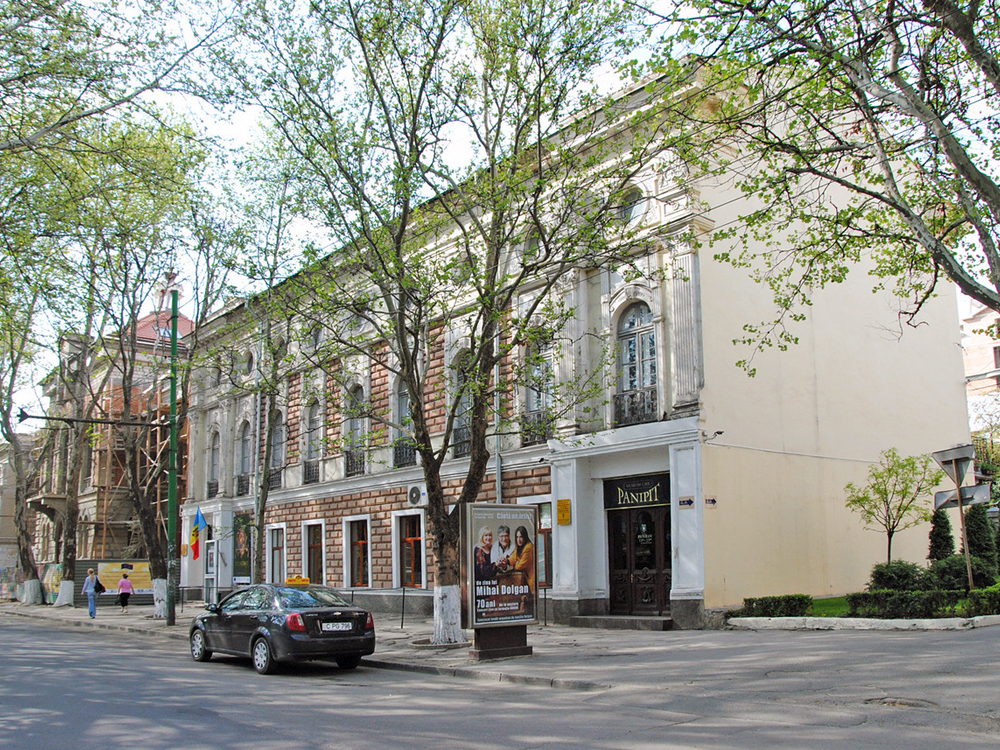