Memorial Complex of Fallen Soldiers for the City's Liberation 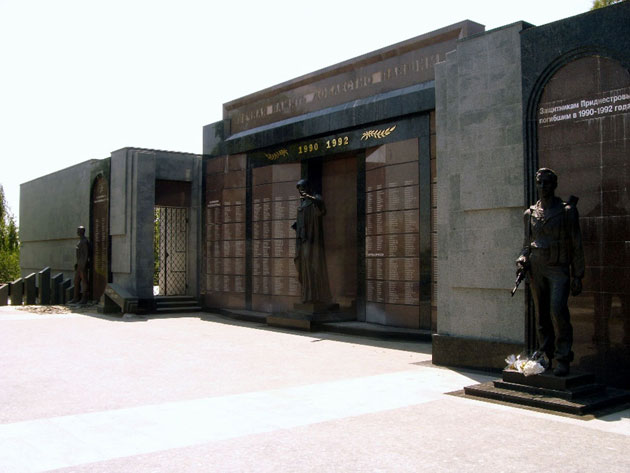 Glory Memorial is the main historical and memorial complex in Tiraspol , the capital of Dniester Moldavian Republic . In the 1920s on the place of the contemporary Glory Memorial was located Square, where was buried the Commissioner of Cavalry Brigade - Gregory Kotovskiy, V.F Khristophorov. The Commissioner together with the commander head of Tiraspol liberated the city from the White Guard troops and the looters during the Civil War.

In November 1921, here, in the territory of this park were buried 22 Parkansky frontier guards, fallen from the hands of the White guards.

The decision on the Memorial Complex of Glory establishment in Tiraspol was taken in early 1970s. And the construction of the memorial was really popular because in its construction took part all organizations, businesses and educational institution in Tiraspol. Workers, employees and students worked hard about 5 hours every day at the Memorial. Among the building companies of the city was held a contest for the right to build the complex. Construction company authority of number 28 was the winner, at that time it was headed by the Knight of many Military Awards – the Hero of Socialist Labour - I. D. Dyachenko.

The Memorial was triumphantly inaugurated on the Day of Fatherland Defender in the centre of Tiraspol on February 23, 1972. The authors of this project are- the sculptor Leonid Fishbein (1909-2010) and painter, sculptor, architect Harry Fayfermaher (later his surname shortened to Fife, 1942-2002). He lived the last years of his life in Paris, though he was born in Tbilisi in 1942 in a family of immigrants from Tiraspol. His parents had been evacuated to Georgia, and after the liberation of their hometown family returned to Tiraspol.

At the Memorial of Glory were held reburials of the Soviet soldiers and officers. On the marble slabs of the monument were carved the names of Transnistria residents who gave their lives on the battlefields of the Great Patriotic War for the better future. There also are carved the names of fighters from Altai, Siberia, the Far East and the Caucasus, which are fighting for the liberation of Transnistria, died a heroic death. Eternal Flame at the Tomb of the Unknown Soldier lit the participant of Iassy- Kishinev operation, the Hero of the Soviet Union - Mikhail Harin.

April 12, 1972, it is the day of the 28th anniversary of Tiraspol liberation from German invaders, the Honourable Watch of the Eternal Flame have taken up the students from Tiraspol secondary school number 6, due to the fact that namely in this school, before the war started, studied five future heroes of the Soviet Union.

Established Tank "T-34» on Memorial represents a monument to the fallen soldiers. This tank was brought from Hungary in April 1945. Under the tank is stored a capsule with Volgograd soil.

In general there 900 soldiers names are inscribed on the memorial plaques, sons of the Homeland, which during the World War II gave their lives. Among them are the names of four Heroes of the Soviet Union, natives from Transnistria - Colonel A. Shutov, Major V. Kadun, Captain M. Kotlovets, and Sergeant M. Linnik. Although they were killed at different front lines of the Soviet Union, still they all were buried in his native land. The Memorial Glory Complex preserves the memory of the dead during the war in Afghanistan, as well as - killed in the armed conflict in 1992.

In 2009 – 2010 was the reconstruction of the Glory Memorial.  Was built the Wall of Memory on which are carved the names of all the defenders of Transnistria who died in 1990 -1992. Here also installed the statue of the Sorrowful Mother. For repairing project of the Memorial of Glory the budget allocated $ 1 million roubles (105 thousand dollars).

Reconstructed Glory Memorial was opened at the beginning of August in 2010. 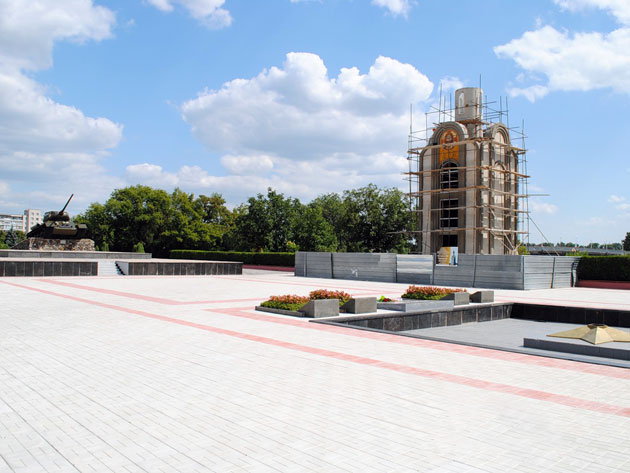 In August 17, 2010 Memorial of Glory been vandalized. The fragment of Afghan soldiers sculpture was kidnapped. Hand and a part of forearm of the statue was either sawn off or broken and stolen. 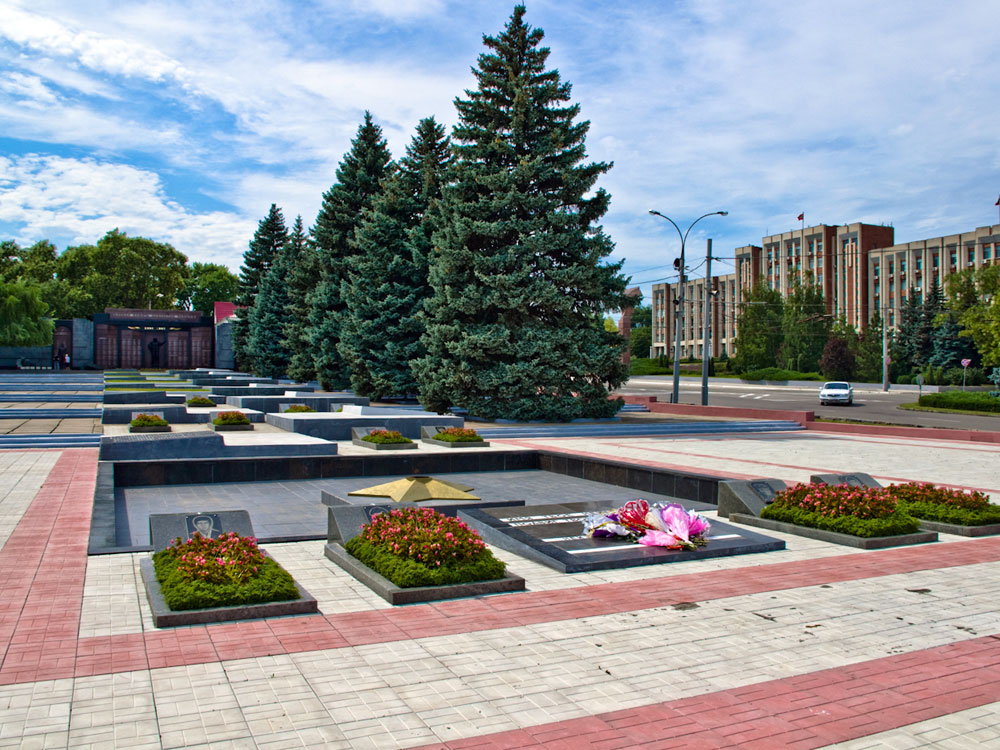