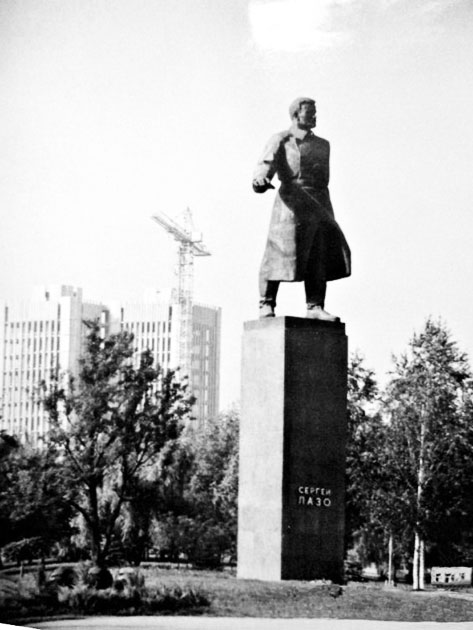 Monument to Serghey Lazo, a hero of the Civil War, was established on the 28th December 1982 at the crossroads of Decebal boulevard and Sarmizegetusa street (in the previous days they were – the old streets` names of Tymoshenko and Old Street in the Lazo square).

The Civil War hero - Serghei Lazo came from a noble Moldovan family. He was born on 23rd February (March 7th) in 1894 in the village of Piatra, Orgeevskiy region - province of Bessarabia, at the present time it is known as the Orhei district of Republic of Moldova.

S.G. Lazo lived a short but colourful life. Sergey Lazo was an active member of the armed struggle for the Soviet power, its revolutionary and military activity was closely connected with Siberia and the Far East.

" ... We have our breasts; we will fight for the life of our homeland against foreign invasion and for this Russian land on which I am now standing, we will die, as we will not give it to anyone.”(S.G. Lazo)”

Memory of S. G Lazo is immortalised in the form of monuments, literature and films. Monument erected in Chisinau is cast in bronze and stands on a pedestal of granite. Its height is - 7.5 meters. Over this monument worked sculptors - Zibrov E., B. Dubrovin, B. Dyuzhev and the architect - E. Kutirev.

Today the actual monument ‘s state is evaluated as an emergency one, it has a knocked down nameplate of Sergey Lazo, thus City officials have repeatedly raised the issue on demolishing this monument. 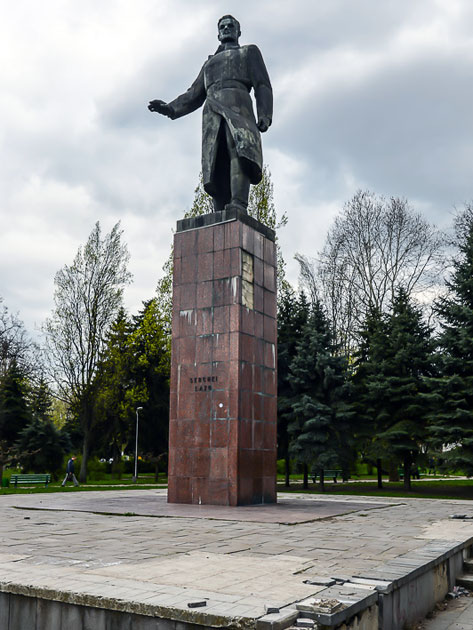