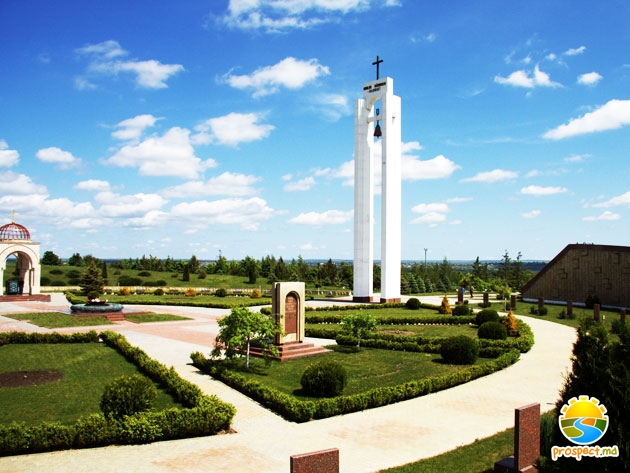 Sherpeni - is a memorial complex, located 50 kilometres from Chisinau. Erected in 2004 on the 22nd August in the honour of the memory of the 12 thousand Soviet soldiers who died on the territory of Moldova, freeing it from invaders in 1944, the full name is - "Serpeni foothold." The violent wars were just near the village Sherpeni.

The memorial consists of three main components. On one side is a stylised altar, which is decorated with marble safe box. In the central part by two tall pillars, which are linked up in a cross way the eternal flame blazes.

On the picturesque banks of the Dniester River we can see the bell tower, which reminds us about the historical continuity of Moldova and that restored respect towards our ancestors, that earlier lived in those lands. From the observation deck of the Bridgehead opens an extraordinary beautiful view of the Dniester valley and the surrounding forests, meadows and fields.

To the memorial complex from Chisinau (capital of Moldova), you can get by two directions:

According to the first route: departure through the Botany sector (outskirts of Chisinau), which is located in the eastern part of the city and driving through the gates of the city to the airport. Continue to follow the road R- 2 past by the Sinzhera village and district centre Anenij Noi until the intersection to the Bolboaca village. Next, follow the signs that help you get to the memorial complex on your own, bypassing Speya village - all the way from Chisinau is about 53 km according to the route.

In addition to the route mentioned above, there is another way that may lead to Sherpeni. Leaving the city through the Chocan sector, on the direction to the city Vadul lui Voda, on highway M -14 passing Togatin village until the crossing where the pointer shows to the villages Speya and Sherpeni. The following route runs according to the signs past the Speya village, straight to the complex. Distance according to this route is about 55 km from Chisinau.

During the year, several times in the honour of important dates there organised various interesting events like amateurish cyclists’ race, athletes and sporting races all wishing to run to "Serpeni Bridgehead" in order to pay tribute to fallen soldiers. 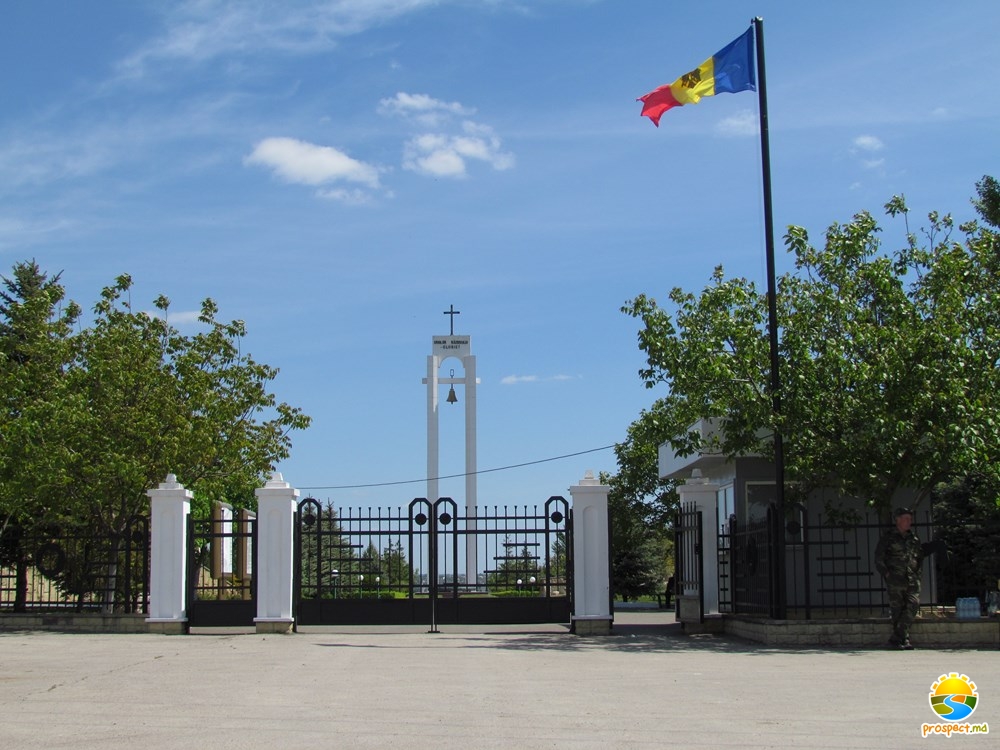 Very Interesting
I have to say I found this a very interesting place.
Pros: Loved it
Cons: non