Bust of Alexander Donicha in the Alley of Classics

Mihai Eminescu said "Donych is the  Mirror of Wisdom."

Alexander Donych was born January 19, 1806 in a family of landowner in Bezin village (now the village of Donych, Orhei district, RM).

Being a poet and fabulist, talented artistic and translator Alexander Donych is considered to be the founder of the fable genre in Moldovan classical literature. Fable stories based on the works of Ivan Krylov and other Russian writers have a special national flavour.

Displaying the characteristic of the Moldovan society events in his works, Donich in this way acts against social injustice, exposes the hypocrisy, bribery, ignorance and other evils/ flaws . 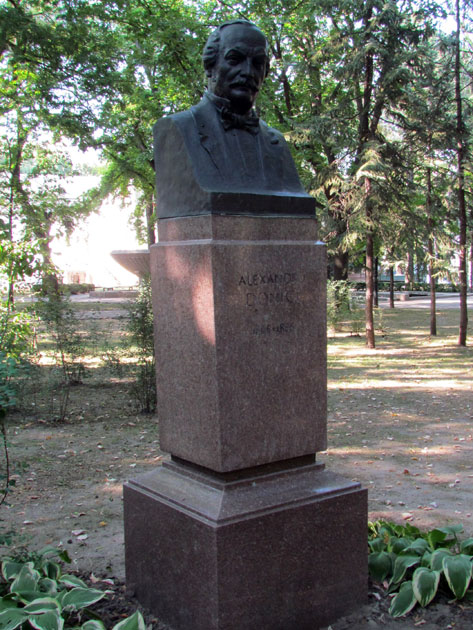