Hristo Botev is a revolutionary poet, a passionate journalist and a national hero of Bulgaria. He began his revolutionary activities in exile - in Romania, from where he often came to Chisinau. Hristo Botev could not return to his native Bulgaria, due to the fact that there he was being persecuted by the Turkish authorities. The poet also conducted revolutionary work in Bessarabia and visited frequently Chisinau, as it is evidenced by a plaque on the building of the former hotel "Victoria" on Pushkin Street.

As a poet and a brilliant publicist Hristo Botev left a small, but brilliant heritage that was an invaluable contribution into the Bulgarian literature. In the Days of Slavic literature and culture flowers are always laid to this monument – people show their appreciation and respect to Botev persona as a prominent Slavic celebrity, distinguished in culture.

Sculptural portrait of Hristo Botev in bronze stele, with head held high above and with waving  banners behind, is set in 1977 for the 100th anniversary of Bulgaria's liberation. It is placed on the street that bears the same name in Botanica district. The author of the monument – is architect G. Solominov. 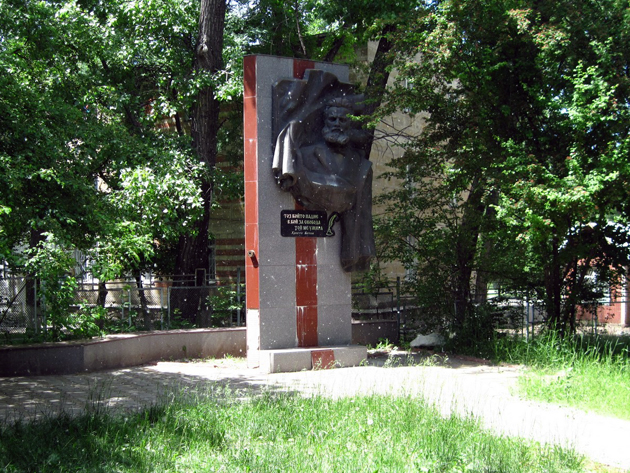