REF NR: 7407
Mihai Eminescu is the most famous representative of the national poetry, known not only for every inhabitant of Moldova, but also internationally. He was a true patriot and finely knew folklore; some verses of his masterpieces already become folk songs. He also contributed greatly to the Romanian language, enriching its vocabulary, rhythm and style.

His ideals of life came into conflict with reality; he was a representative of the late European Romanticism.

Being a philosopher, he translated into the native language the works of Kant and Confucius. The main masterpiece of Eminescu is his poem "Luchaferul" which means "Morning Star". Mihai Eminescu’s monument was opened on the 6th August 1996, to celebrate 560 years since the first documentary evidence of Chisinau, in the Stefan cel Mare Park. 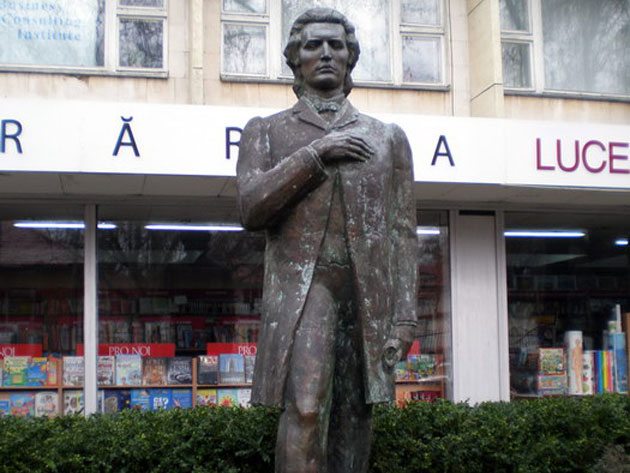 In 1997, the monument was moved to the House of Writers' Union of Moldova.

The sculpture of the poet is made in a traditional manner and has no any significant artistic aspect; it is more realistic in comparison with the two other monuments and even landed. It stands- practically with the lack of pedestal. The monument rises on the sidewalk, among hurrying about their daily affairs about Chisinau citizens. The only thing that distinguishes it from people –the height – as it is far higher than anyone of the public.

This monument is the work of the Romanian sculptors- they are George and Gabriela Adok. 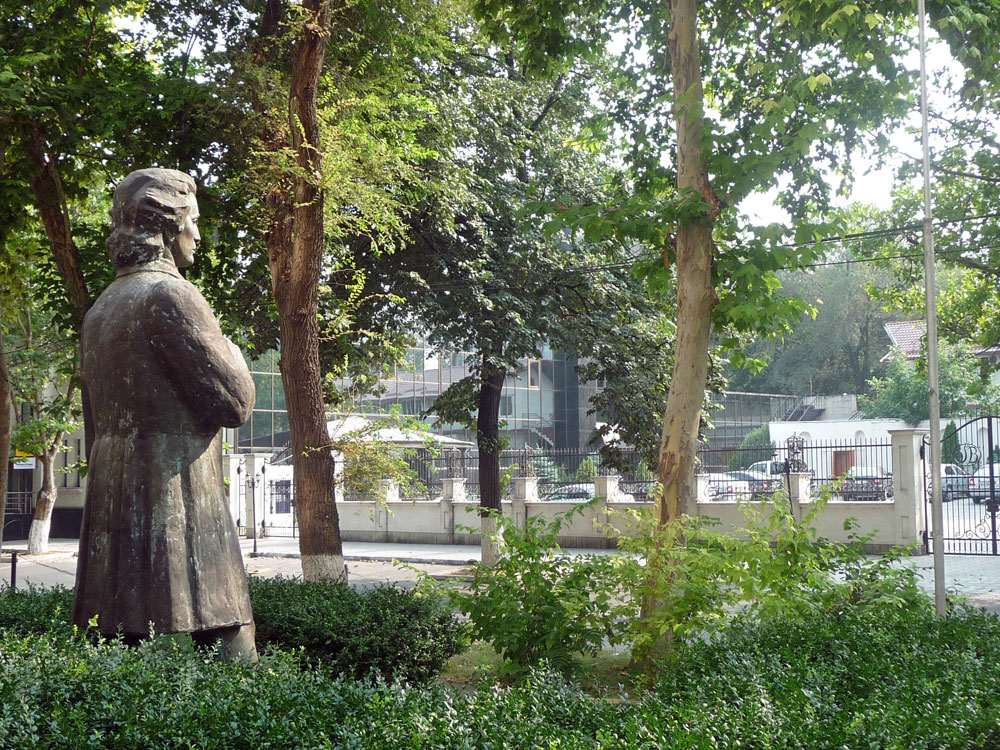