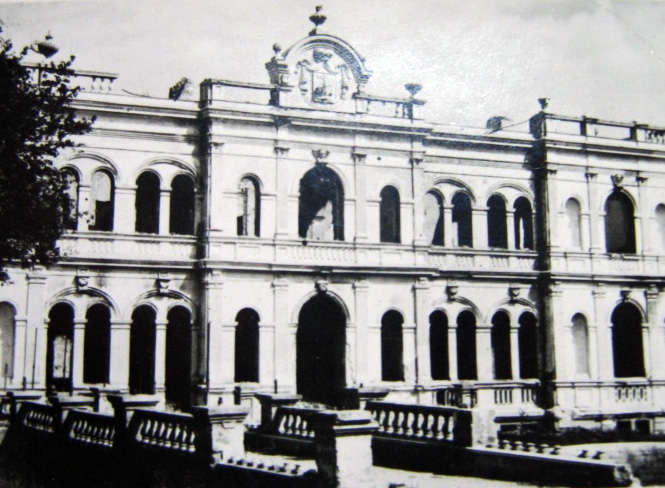 Manuk- Bey, armenian by birth, was a renowned Turkish diplomat and Russian intelligence agent concurrently. The palace was built in 1891at his request on the project the famous a architec Bernardazzi. However, in 1817 Manuk- Bey died not having lived in the luxury he had hoped.

The Manor of Manuk-Bay is located in Hincesti about 40 km west of Chisinau. Now the palace houses the Museum of History and Local History. The estate has the following construction: Palace, Hunting Castle, Library and dwelling for the servants. Of course, the main building is the Palace situated on the edge of the park on the northern slope, which is located in the southern part of the city.

In the palace there are wide apertures of loggia doors and windows that are peculiar to French classic spirit.

Within the walls of the terrace there are niches adorned with frescoes, at one time there used to be statues, but now no more. The estate itself used to be formerly surrounded by walls and being a national treasure, the Manuk Bey Palace has great significance in the history of Moldova.

The Manor captivates visitors by its former riches, once there were fountains and a small pond pleasing to the eye and glass galleries used to connect all the additional buildings with the palace. Unfortunately, there is little left from the former luxury to see, however enough information still exists to allow the visitor to imagine their presence as they walk around.

After the Second World War the palace was reconstructed and turned into a College and later on in the late 50’s the defensive walls were also taken down.

During the 1970’s a museum was created with a rich collection that included more than 20,000 artefacts. Including the rather important collection of Moldovan dress being one of national importance showing both costume and textiles. Now the museum permanently holds the exhibition: "Ethnography", "The Lord of Moldova", "Maps and Documents" a diorama of "Iasi-Chisinau battle during the Second World War". There is a lovely exhibit dedicated to the flora and fauna of the Republic of Moldova as well as a collection of birds and butterflies of particular interest.

Unfortunately the earthquake that happened in 1986 left its marks on the Manor and since 1993 the palace enjoys the status of national landmark. There are also many legends about the place, for example it is said that there are still underground passages under the galleries.

Currently the town is in search of funds for the restoration of this architectural monument. It is hoped that this monument will be restored and will not be lost forever, so give generously when visiting.
Tags: architectural monument, history of Manor of Manuk-Bey, Manor, Manuk- Bay, Manuk- Bei, Manuk- Bey, moldavian museums, Museum, national landmark, Turkish diplomat 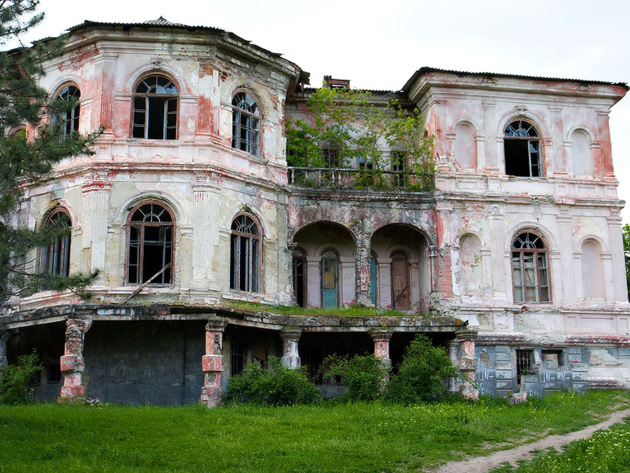