Museum of Military History of Moldova

Military History Museum of Moldova is located in the center of the capital, in the House of Army and is under the patronage of Ministry of Defence of the Republic of Moldova. It started to work in 1995.

The exhibits reflect the most critical moments in the history of the state and its citizens. Thus the permanent military exhibition keeps the memory of the Second World War. A nameplate lists the total number of participants of the war, the number of dead and maimed reminds visitors of the tragedy.

The exhibits of military origin are mainly from the Soviet Union. They can be grouped into several categories, according to the destination.

Here are many kinds of military weapons and vehicles, including aircraft, as well as clothes: uniforms, army helmets, etc. 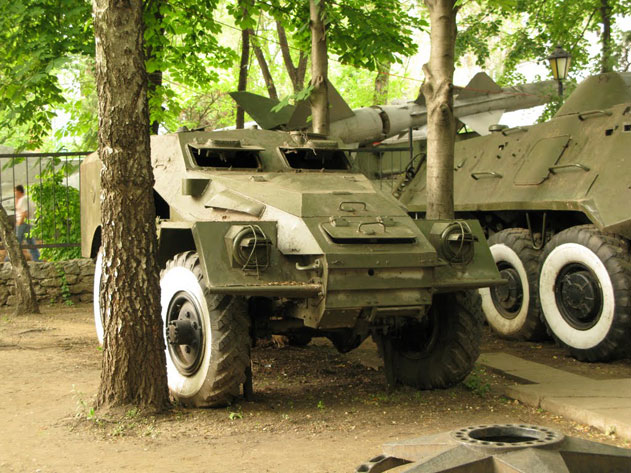