The Cave called Emil Rakovitsa is undoubtedly one of the main attractions in Moldova. It was named after the Romanian speleologist Emil Rakovitsa and it is located in the gypsum deposits in the underground level near the village of Criva, Edinets region. The cave is considered to be one of the largest in the world and is situated 265 km north from Chisinau. Its length is 89,000 m underground. The cave gallery takes a few levels. It is believed that Emil Rakovitsa Cave is the longest underground gallery in the world. Due to its large-scale parameters the cave takes several places of honour: it is the third largest gypsum cave on our planet and the eighth one according to the length of its underground parts. 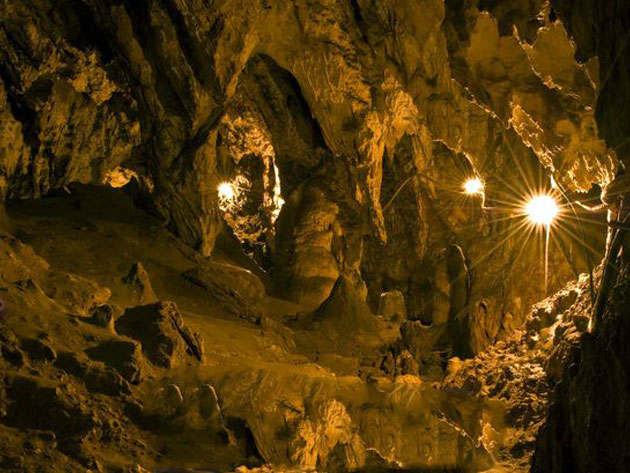 This cave, like many other great discoveries in the world history, was actually first discovered accidentally. In 1959, while mining gypsum the workers unexpectedly opened a part of the cave. The case was then passed into the hands of scientists and they began to explore this underground discovery. The cave galleries turned out to be a wide interconnected complex. Experts in the field of speleology have given names to the most remarkable ones.
Thus were born the names of the following caves: Cinderella, Pillared Hall, Hundred-meter Hall and Dacia Hall. Also, they also discovered several lakes and chasms. There are about 20 lakes in the cave; many of them also have names such as Nautilus Lake, Blue Lake or Dinosaur Lake.

The water in the caves can serve therapeutic purposes. As it flows through many layers of rock, it is saturated with mineral salts.

The walls of the galleries and halls naturally painted in different tones and colours. This palette of colours occurred due to the thin coat of clay with an admixture of different minerals. However, the cave Emil Rakovica should not be visited alone as one can easily get lost in the underground natural tunnels, and there is also a high risk to fall deeper into the washed limestone layers.

In some of the underground tunnels and trails, pot-holers had produced clay figures, which later served as peculiar reference points, showing the way to the most interesting galleries and halls to visit. Attention! The underground routes are not all marked.

It is possible to visit the cave only in small groups, and strictly with an experienced guide- speleologist. Each investigator is provided with special speleological equipment. 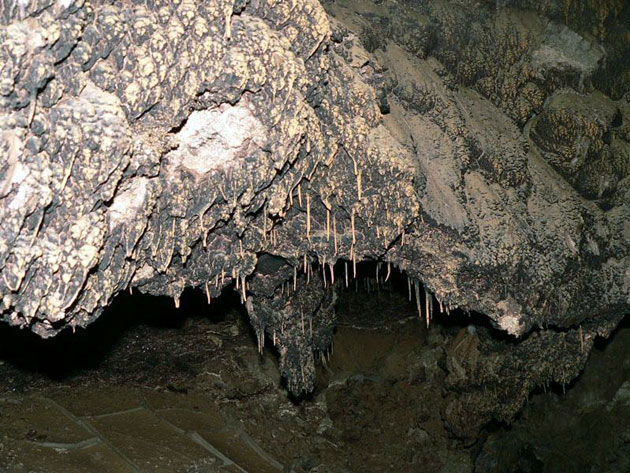