The Most Powerful Water Source of Moldova - Kotova source

Water is the source of life and this is an indisputable fact. In some regions of the planet, especially in the desert areas, water always was worth its weight in gold, but in some cases it was priceless. Unfortunately, the residents of the regions where the water is given by nature in a large quantity do not really understand and often do not protect their water sources.

Many years ago Moldova had a good tradition in building wells, discovering new water sources and taking care of the springs. But in this era of modern civilization, unfortunately, this tradition is gradually disappearing into oblivion. 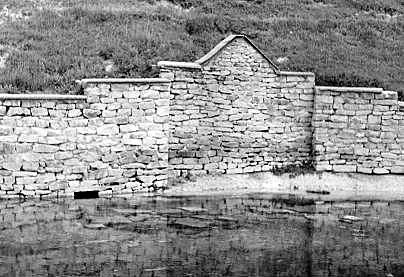 It is safe to say that most people in our country do not know that Moldova has a source known throughout Western Europe. For many years it was the biggest source of water within the territory between Dniester and Prut. At one time for example the output of the source at Kotova was more than 300 litres per second!

Due to the natural beauty and open water outlet this source was more like a river than a spring. This water source refers to the variety of "Vaucluse", which means several powerful rushing streams hit out of the ground, raising water jets above the surface up to 10m! In past centuries, the villagers of Kotova celebrated various holidays, ceremonies, wedding around the source and made a winter ritual “christening” in its water.

In Moldova, one can still meet other powerful sources such as the source of Zhelobok village, which yield is about 90 litres per sec. There are a number of other sources, which average yield is 40-50 litres per sec, but none of these sources can be referred to a spring type "Vaucluse."

Those vey super-powerful surges of water streams often frightened villagers to death. There was a legend about this saying that some daredevils even climbed into the cold water and choked the gaps of the fountains up with white fleece. However in 1998, the myth of white fleece suddenly became a true story. During the restoration works of the source some members of the Youth Environmental Association «ProNatura» really found white fleece in the cracks. Already on the second day when one of the cracks had been cleaned of the fleece there was witnessed a small fountain, which reached approximately one meter above the water level.

Despite the efforts and measures taken to preserve the source, alas, its condition is poor from ecological and cultural points of view. The source is located in the village of Kotova, Drochia. It appears out of the limestone cracks which are at the foot of the left slope of the river Cainari. Annual water temperature in the spring is 11degrees above zero, and this is absolutely independent of the temperature and seasons. In winter this source looks truly charming, especially in the evening when all is white, and clouds of steam gets out of the water creating around it moist and warm climate.

According to ST Vznuzdaeva in spring 1959 the output of the source was equal to 300 litre / sec. A year later the yield started to fall drastically down and was only 200 litres per sec. After 1964 the production rate declined once more, thus, by the autumn of 1966 its output was 40 litres less. It has kept at around 160 litre / sec for a long time since. In this case all 40 front windows have dried. The first decline of the yield was documentary noted in 1940.

There are several reasons which may have caused the sharp decline of water production from the source. There are two main reasons - opening of the cave "Emil Racovita" and the dam construction to produce hydropower. The connection between the cave and the output of the source is evident; it is that of the water of the cave being higher than that of the Kotova source which was pumping water onto the underground river for the spring. 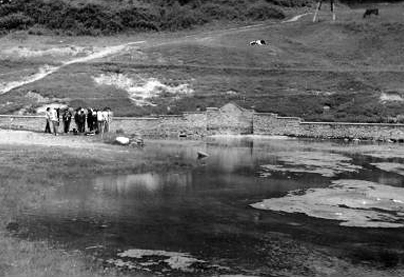 Of course, anthropogenic factors have a direct influence on the state of the source. First and foremost this is contamination of the source and the partial destruction of its upper layer. In the 70s, from the earth road located above the spring, exactly where the "roof" of the source is, a track-type tractor fell into the river. The vehicle had been lying in the water for a long time before it was taken out. At that time, a lot of heavy vehicles, including tractors K- 70, were passing by on this dirt road. All this has significantly affected the slope amortization: the banks partially collapsed together with the stratal roof. Gradually these changes caused landfall. Most likely, the cave also experienced devastating landslides.

Unfortunately, today the local authorities have reduced the funds directed to the rescue and recovery of the source.

There is hope that people, especially local will understand the importance of this source and will take care of the water. 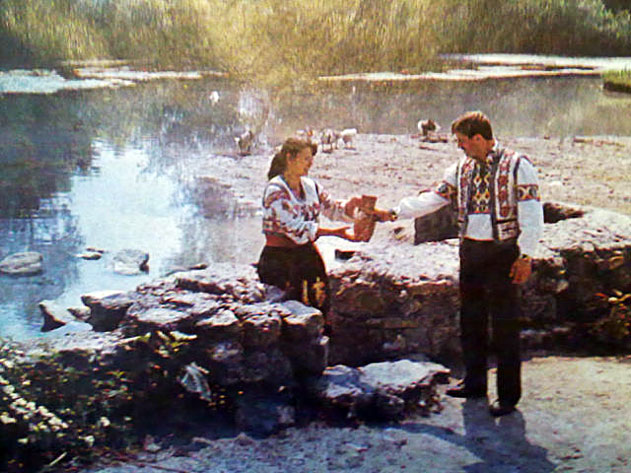